If information filtering in is to be taking holistically - then the perceived closeness between perceived buddies, Musiliu Obanikoro and Demola Seriki is nothing but a mist. 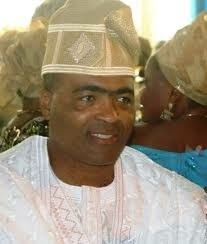 Their friendship is now identified as 'gone with the winds' 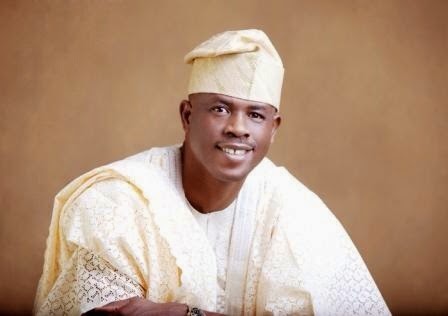 Details are made available as packaged by theelitesnigeria.

'The chummy relationship that existed between Chief Demola Seriki, the former Minister of State for Interiors and Senator Musiliu Olatunde Obanikoro, the current Minister of State for Defence, is wobbling on the edge of collapse. The two famous Lagos born politicians are currently engaged in a cold war. Although, they are on talking terms, these two erstwhile best friends are presently enmeshed in a cold war, which has almost made a mess of their strong bond of friendship that spans over 40 years.

The ELITES gathered that Seriki and Obanikoro were childhood friends. Their paths crossed during their growing up years in Lagos Island. As they grew older and attained some vital positions in their respective endevours, the two friends were still able to sustain the filial bond that existed between

them. However, their involvement in politics turned out to be the harbinger of the crash of that bond. It was gathered that during the period Koro served as Chairman of Lagos Island Local Government Council and Lagos Commissioner for Home Affairs, he was not of any help to his best friend, Seriki. Sources who were privy to the happenings between the two politicians disclosed that Seriki was able to get an unhindered access to the bigwigs within their political party on account of his intellectual depth and charming disposition.

However, during the 2007 general election, the two friends were reported to have helped each other a lot. While Koro contested for the gubernatorial office, Seriki gunned for a seat in the Senate. However, their performances at the polls were dismal. Sources disclosed that Koro had nursed a high expectation of getting a ministerial position, while Seriki was just hopeful of getting an ambassadorial slot. Unfortunately though, Seriki’s hope was eventually truncated by his celebrated feud with Chief Olabode George, who was a deciding factor in the appointment slots, which were allotted to Lagos State within the People Democratic Party, PDP. Eventually, Seriki was favoured above Koro, his best friend. Naturally, this did not go down well with Koro, who felt his friend had betrayed him by accepting the offer. He was also reported to have felt unhappy that Seriki could not do anything to crush the conspiracy that finally edged him out of the ministerial slot. Ever since then, a silent war has been brewing between the two friends.

The ELITES gathered that some mutual friends tried to broker peace between the two friends, but they tactically, shunned such call for a truce. The bickering between Koro and Seriki became so messy that they even resorted to slinging mud at each other, at a point. Although, Seriki has since dumped the PDP for the All Progressives Congress, APC, the coded animousity between him and his erstwhile best friend has refused to abate.
Meanwhile, some associates of the two friends are working towards brokering a lasting peace between them.'
Posted by MAN ABOUT TOWN at 9:35 AM