Despite a court order to the contrary, controversial money man Jimoh Ibrahim went ahead and published Daily Newswatch. 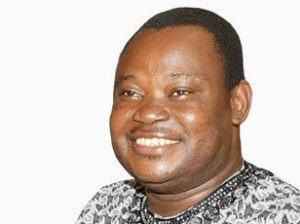 Details of the intrigues behind this daring move and how he hopes to evade sanction
are presented as made available by theeagleonline.


'The Group Managing Director of Energy Group, Barrister Jimoh Ibrahim, has defied a court order on Monday ordering him to cease the stoppage of Daily Newswatch with immediate effect.

Ibrahim and team team of Editors went ahead with the production of the newspaper on Monday night despite the court order.

A Federal High Court in Lagos on Monday quashed the Share Purchase Agreement, which transferred ownership of Newswatch Communications Limited to Ibrahim.

Two minority shareholders – Nuhu Aruwa and Prof. Jubril Aminu – had filed a petition urging the court to nullify the agreement, which transferred ownership of the company to Ibrahim.

'The applicants also sought an order restraining the respondents from publishing and selling to the public, Newswatch daily and weekend magazines.

Delivering judgment in the suit on Monday, Justice Ibrahim Buba upheld all the prayers of the minority shareholders.

The judge also awarded the sum of N15.7 million as damages against Ibrahim and also gave an order stopping further publications of Newswatch Daily.

Shortly after the judgment, Ibrahim and the senior management staff of the newspaper publishing house, The Eagle Online learnt, went into a meeting.

The major consideration at the meeting, it was gathered, was how to approach the judgment, especially with the failure to challenge it or obtain a stay of execution before the close of court business on Monday.

It was learnt that it was eventually agreed among senior editorial staff of the newspaper that one of the major stories in the newspaper should run with the headline: “Court halts Newswatch publications, newspaper appeals ruling.”

This was in spite of the fact that the ruling was yet to be appealed.
Steps will only be taken in that direction on Tuesday morning.

Staff of the newspaper were said to be rejoicing on Monday afternoon when the details of the judgment filtered in.

Their major grouse with the company was that they are being owed four months salary.

They are also against the abrasive managerial style of Ibrahim.

The founding Editors of Newswatch Communications Limited – Ray Ekpu, Dan Agbese, Yakubu Mohammed and Soji Akinrinade – are reported to have been “quite Happy” about the development.

Ibrahim was said to have breached several parts of the agreement reached on the sale of the company, the basis of the court ruling.'
Posted by MAN ABOUT TOWN at 8:52 AM