Wealthy individual and one of the shots callers at Oil and Gas company, Aiteo- Samuel Aikhionbare is in the new for a not so adorable reason. 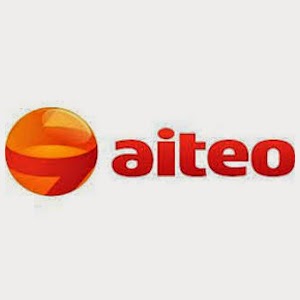 He is alleged to have abandoned his wife and three children for a new lover, Oyin.

And not only this refused pleas from close friends to provide upkeep for the his family.

Aiteo Oil and Gas Topshot, Samuel Aikhionbare is at the centre of a family abandonment mess.

Sources alleged while he lives the life of the wealthy in the midst of lavish comfort back home, his wife and three children are striving to make ends meet in london.


' He has simply refused to cater for their needs...he does not see to their upkeep and schooling of the children again' an insider asserted.

Information available to societynowng.com revealed the wife is currently forced to 'to run several shifts inside London’s ruthless cold to feed and clothe her kids'.

Background information made available to societynowng.com however revealed things weren't always like this with the Aikhionbare family.


So what went wrong?. Success and the allure for adventure outside the bounds of matrimony information revealed.

Informants claim after he left his former boss, Jeddy Agba to team up with Benedict peters at Aiteo, things started looking up for the family.

Success and it's attendant wealth and comfort reportedly created greater bond for them.

As part of strategy to position for a better future, Aikhionbare reportedly convinced his wife to relocate abroad.


And she quitted her employment at Fidelity bank to perfect the move with three children in tow.

According to information available ' The first few months of their relocation to
London were quite blissful. Then, Samuel began to stay longer than necessary away from home and blaming his business for this. The wife would plead and cry, urging him to come home because they were missing him but Samuel never cared.

Sometimes, he was away for several weeks. While Samuel was doing very well
financially, his devotion and concern for his family dwindled'

Digs later revealed the reason for Aiteo top shot's new found attitude. He had switched affection to a new love.

And the latest apple of his eye is disclosed as 'a young lady named Oyin Oshikanlu.'


The source continued further 'He reportedly bought her posh cars and a house in Lekki, Lagos. They practically live together. They travel round the world together. Samuel ’s life was said to revolve round Oyin and he showed it in deeds and actions. Despite several entreaties from family members and friends to Samuel to go back to his wife and kids, or at least, see to their upkeep and schooling, he turned a deaf ear to all.'

It is further revealed the Aiteo top shot simply switched off from his family with any concrete allegation against his wife and children.

And while he remains bent on continuing his lifestyle 'wanton blissful romance in the midst of plenty, while his family struggle abroad to survive' - further revelations have it his family and those sympathetic to their plight have embarked on ' consultations with pastors for special prayers' for Samuel to return to them.