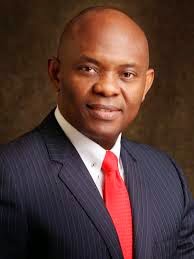 As election days draw nearer players behind the scene become more visible, here is a list of some of the wealthy Nigerians working round the clock to ensure, re election President Goodluck Jonathan secures another term in office because of his favorable economic policies.

All around the world, presidential politics has always been the game of the wealthy. Men of means have always had a say (in many cases, their way) in the political affairs of their countries. The need to maintain their controlling grip on their countries' economy, rather than ensuring that the nation’s commonwealth is equitably distributed has always been the only ideological motive behind their political activities. As such, financing a presidential race is the exclusive domain of the kind of mega-donors.

In Nigeria, the culture of financing presidential ambitions is as old as Nigerian politics itself but was given prominence in 1999 when Nigerian richest moneybags came under one umbrella to raise billions for the election of General Olusegun Obasanjo, who would preside over the affairs of the country for eight years before transferring the baton to late President Umaru Yar’Adua.
It is 2015 and presidential election is six weeks away. The culture has continued with men with huge financial war-chest queuing behind President Goodluck Jonathan re-election. Gone are the days when certain lines should not be crossed by corporate players, even bank executives have jettisoned ethics to trumpet political message. Imagine a scenario where the Managing Director of UBA, Philip Oduoza, taking on the political toga and campaigning for a sitting president to be re-elected. This report x-rays such men who have thrown their weight behind President Jonathan by donating handsomely to his re-election bid, and what they expect in return for their investment:

Tunde Ayeni
Knowledge of Tunde Ayeni was limited to the corporate corridors until last December when he made N2 billion donation to the campaign fund of President Goodluck Jonathan, where over N5.2 billion was raised. The Chairman of Sterling Bank Plc could be described as the best investor of 2015. His resolve to ensure President Jonathan’s continued stay in office will be understandable within the confines of his numerous multi-billion dollars investments, including his acquisition of the moribund Nigerian Telecommunication Limited (NITEL) and its mobile arm, the Mobile Telecommunication (M-Tel) with a successful bid of $252 million in partnership with other firms. 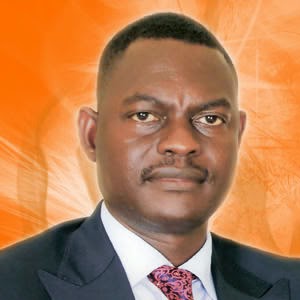 Aliko Dangote
Alhaji Aliko Dangote has continued with his culture of maintaining sealed lips on his political involvement. With his vast business interests across the face of the country, it is not conjectural to say he would rather see President Jonathan remain in the seat of power for another term of years because he has been a major beneficiary of the government economic policies, rather than root for a candidate whose administration’s policies may bring about systemic change that may affect his businesses.

Haruna Momoh
Mallam Haruna Momoh is the Managing Director of the Pipeline and Products Marketing Company (PPMC) with free-flowing war-chest of finance. Described as “extra-ordinarily wealthy” courtesy of what he sits on in terms of liquid cash. He is said to be the man who oils President Jonathan political machinery with oil money. His tenure renewal is guaranteed by Jonathan’s second coming; more so, his closeness to the Minister of Petroleum Resources, Diezani Alison-Madueke.


ABC Orjiakor
The medical doctor turned businessman is one of the revelations of President Jonathan’s administration. The Kogi-born billionaire boss of Seplat Petroleum Development Company Plc might be visible on the political turf; he has been described as one of the heaviest spenders for the re-election bid of the president. The oil baron is said to be mobilizing heavily for overwhelming support for the President. He has been one of the greatest beneficiaries of the President Jonathan-led administration.

Mike Adenuga
Reticent and elusive, the Globacom boss plays the game by the rule. He is not the man you will run into, at political gatherings of gladiators or Lilliputians but beneath his absence at such occasions is the presence of vast funds made available for the re-election bid of Mr. President.

Aig-Aigboje Imoukhuede
To underscore his influence in this government, Aig-Aigboje was close to becoming the Governor of the Central Bank of Nigeria but for the reason yet to be unveiled. Imoukhuede is reportedly vested with the responsibility of coordinating diaspora supports for President Jonathan. His international networks have been deployed for this purpose.

Tonye Cole
Tonye Cole was almost made a minister at the inception of President Jonathan’s government but lost out in a high wire politics that characterized that period. The Rivers State born co-founder of Sahara Energy has remained a major player in the economic affairs of this administration with his foray in the petroleum industry. He has also been loyal associate of President Jonathan and Diezani. Reports surfaced last year that he was one of the financiers of the All progressives Congress in his home state but findings have since shown that his mouth is in PDP, and that is where he puts his money to ensure that the status quo remains after 2015. With vast investments in the oil and gas sector, playing the opposition card will be too risky for him and partners.

Tony Elumelu
Tony Elumelu’s rosy relationship with President Jonathan is perceptible even to the visually impaired. He has at different occasions mouthed his support for Jonathan without apologies. Not only does he attend most functions where the president attends; his sympathy for the Peoples Democratic Party seats deeply. 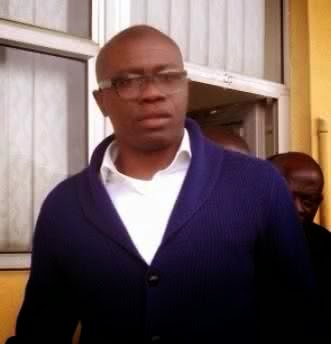 Walter Wagbatsoma
By the virtue of Wagbatsoma’s closeness to the Minister of Petroleum Resources, Diezani Alison-Madueke, and the attendant gains that came with it, Walter is one Nigerian who has been deploying huge finance to the re-election bid of Jonathan. The founder of Ontario Oil and Gas Limited has been on the payroll of this government as one of the licensed petroleum products importer into the country.

Oba Otudeko
Oba Otudeko is one of the men who enjoy rare privilege of gaining access to Aso Rock at the shortest possible time. He hardly misses President Jonathan’s meetings with the business community. Words have it that he has the listening ears of the president anytime, any day. Not much has been heard about his commitment to the re-election project of Jonathan but he is said to be fully on ground.

Ernest Azudialu
Ernest Azudialu found favour before one of the most powerful and influential personalities of this administration, Alison-Madueke; his story has not been the same ever since. His rise to prominence was as feverish as his accumulations under President Jonathan. The Group Managing Director of the Obijackson Group is said to be working with some PDP governors in the East to get the Jonathan re-election gospel preached to all ends of the region.

Rabiu Samad
Abdul Samad is a Forbes rated billionaire of international repute with string of businesses in Africa and Asia. The founder and chairman of BUA Group, is also the chairman of Nigerian Bank of Industry, a position attained courtesy political patronage of the present government. Samad’s entrepreneurial exploits have been thrown up as one of the achievements of President Jonathan administration, as it always claims it has made billionaires of people by making business atmosphere conducive for utmost returns on investment. 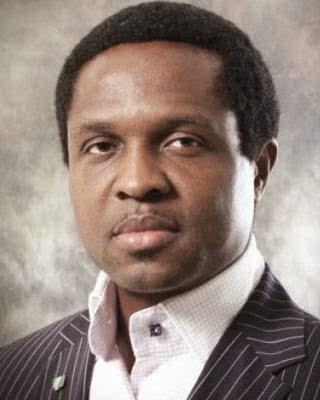 Wale Tinubu
Beyond Wale Tinubu’s strong ties with Lagos establishment which is under firm control of opposition party, Wale Tinubu hobnobs with President Goodluck Jonathan at his convenience. Oando-ConocoPhillips deal in 2014 was a watershed which wouldn’t have seen the light of day without strong backing and interests from the presidential quarters. Unconfirmed reports say that a certain top government functionary owns a huge stake in the divestment deal. Wale has taken Oando group too far to be derailed by a new government whose policies might set the group on a plunge.

Indimi Mohammed
Indimi is a weather-beaten and seasoned billionaire businessman whose wealth predates the coming of President Jonathan. Alhaji Indimi is one of the most influential and likeable men from the North. His friendship was courted by the President and they became close. While the founder of Oriental Energy has not publicly associated with either of the two foremost candidates, words have it that he has immensely contributed to the funding of the incumbent president.

Leo Stan-Ekeh
Leo Stan-Ekeh is the chairman of Zinox  Technologies. He was honoured as an ICON of Hope by President Olusegun Obasanjo October 1st, 2002 for his sustained pioneering effort in the area of Information technology and also as a pride to modern Nigeria. He has done well for himself though; his company has continued to enjoy patronage from the PDP-led government. A change of baton might not be a palatable story for him. 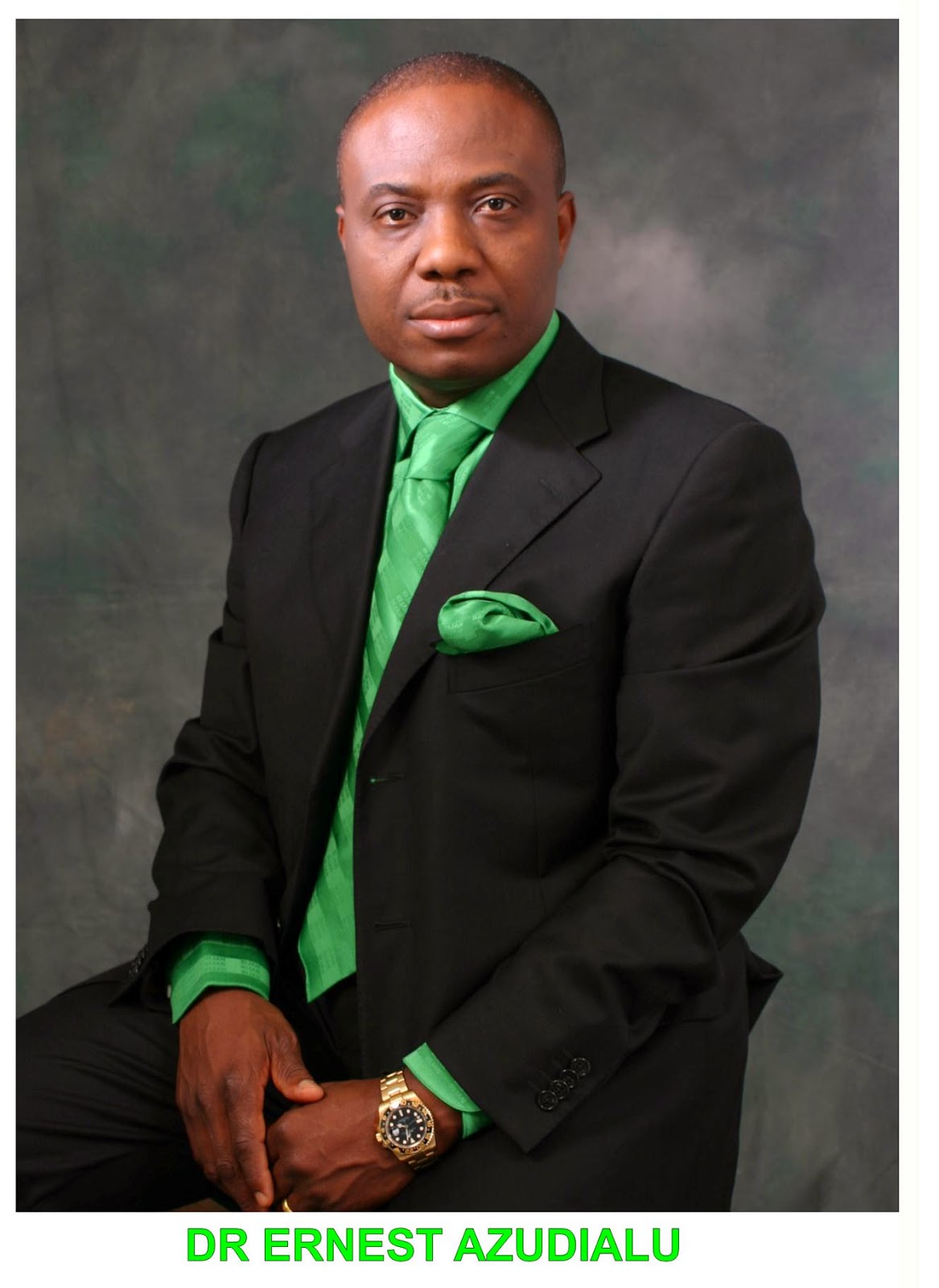 The Managing Director/Chief Executive Officer of Sifax Nigeria Limited is a professional maritime logistician with business presence within and outside Nigeria. With interests in shipping and bonded terminal operations, Taiwo Afolabi diverted into the aviation sector and took over the prestigious Skypower Aviation Handling Company Ltd. through its subsidiary, Skyway Aviation Handling Company Limited. With ownership of such strategic company, a shrewd investor like Afolabi will put his money where his mouth is
Posted by MAN ABOUT TOWN at 4:32 AM