Gbemi Adetuberu the son of popular pastors Wale and Nike Adetuberu is remarried. 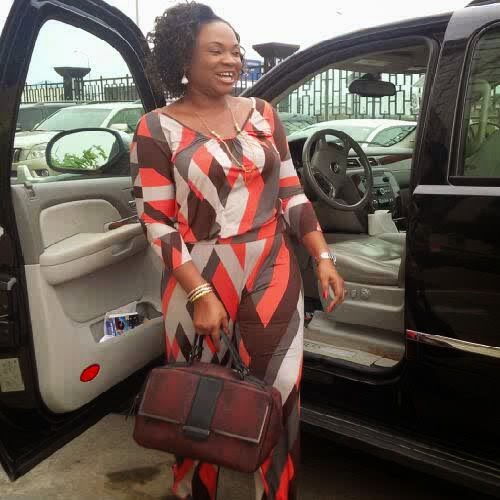 He just wedded Nike, his mother’s personal assistant and friend of his former wife, Laide.

The ex-husband of Ibadan big girl, Laide Lanre Badmus, Gbemi Adetuberu has remarried three years after they parted ways. Laide, who lives large in Ibadan, was caught unawares when the news of Gbemi’s marriage reached her.

According to a source, Laide expressed shock and disbelief at the news because they were on talking terms and Gbemi did not mention to her that such a move was in the offing. Reports say Laide nearly broke down in tears when she was told of the development.

The wedding brought a close the chapter of Gbemi’s first marriage which last only two weeks. Gbemi had gotten married to Laide Lanre-Badmus in November 2012 in an elaborate wedding that held in RCCG Akure Ondo State. That the wedding shook the Akure social circle to its foundation was an understatement, as top church ministers and influential Nigerians made telling presence.

The lavish wedding which had all the trappings of glamour and class was said to have been bankrolled by Laide with her personal savings of over N5million.

Tragedy struck when the news of break-up after two weeks escaped to the public. While it lasted, Laide was said to have been turned to Gbemi’s punching bag. One of such incidences was witnessed when Laide received the beating of her life from Gbemi for showing up at a public event.

The development precipitated the eventual crash of their union, as Gbemi Adetuberu was kicked out of Laide's apartment where they lived as a couple. Laide an interior decorator was said to have kept mum over the battery allegation but eventually opened up when the heat was too much and after getting the nod from her lawyer. She spoke of how she had been managing the fate she found herself in her matrimonial home, she described Gbemi, as a violent husband whom she had hoped would change in marriage. "He used to beat me even before we got married, but I believed he would change once we got married. I was wrong."

Laide had invested millions of naira in Gbemi's musical career since they met and married. It is also interesting to know that Gbemi's mum who is a marriage counsellor had waded into their fracas several times but Gbemi would promise never to touch his wife again and later returned to his old ways
Posted by MAN ABOUT TOWN at 4:49 AM