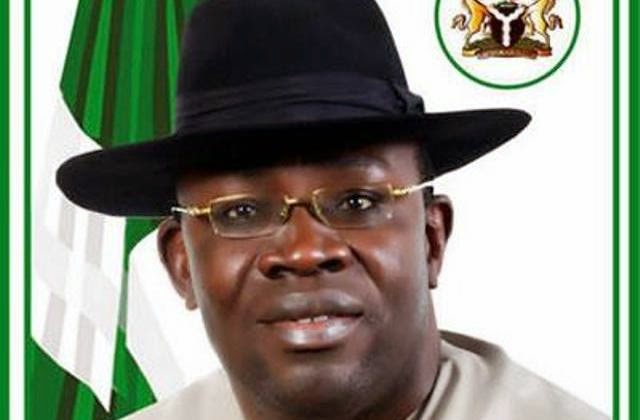 Except he heavily sanctioned beyond the slap on the wrist suspension aggrieved party are threatening defection except baylesa state chairman of the People’s Democratic, Sam Inokoba is booted out of office.

Major stakeholders in Bayelsa State chapter of Peoples Democratic Party (PDP) have insisted that the state Chairman of the party, Col. Sam Inokoba (rtd), must be sacked.

The stakeholders were said to have decided to abandon the ruling party for the opposition All Progressives Congress (APC) if the Presidency continues to shield Inokoba.

The crisis rocking the party took a dangerous dimension following the suspension of Inokoba by the State Working Committee (SEC) over allegations of financial impropriety including the diversion of N70 million donated to the party by the Minister of Petroleum, Mrs. Diezani Allison-Madueke.

The SEC was said to have sent a recommendation to the National Working Committee (NWC) of the party that the chairman should be sacked.

But it was gathered that the NEC was reluctant to approve the sacking of the chairman because of his alleged relationship with President Jonathan.

Worried by the development, all non-executive officials of the party including the chairmen of the party in local government areas and wards were said to have threatened mass defection unless the chairman is sacked with immediate effect.

The stakeholders were said to have boiled in anger as they listed the sins of Inokoba in a meeting that reportedly lasted for three hours in Yenagoa.

Apart from the alleged diversion of the money donated by Allison-Madueke, the party leaders were said to have taken turns to accuse the chairman of incompetence and ineptitude.

A source who attended the meeting said the leaders’ threat to quit PDP was real and not empty.

The source who spoke in confidence said: “The party leaders also complained of chairman’s recent role at the just-concluded party primaries in the state where he moved against the popular candidates of the party and tried to connive with some desperate politicians in Abuja to manipulate the process in order to replace the names of candidates who won the primaries with his own candidates”.

He said the stakeholders were further angry that whenever the chairman was confronted for his shortcomings, he boasted his connections with the Presidency and claimed his decisions were sanctioned by the Presidency.

“Even with his suspension, he goes about boasting that only the Presidency can authorize his suspension as a chairman of the party,

“He is quick to blame Governor Seriake Dickson for all his woes even in glaring cases of diversion and stealing of party funds.

“The key stakeholders are bent on his sacking if they must continue with his party. The call for his sacking is gaining momentum.

“At this critical time of election, the chairman must be shown the way out if the PDP in Bayelsa is serious of winning the election.

“The President’s home state cannot afford to be thrown into chaos and be made to the way of opposition because of the greed and failure of one man”.