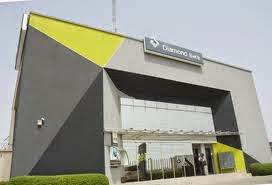 Barely days after it made headline with attempts to offset the investment of T.Y Danjuma to recoup loan, financial Institution Diamond bank is back in the news for similar reason.

The management of the bank is said to be making moves to sell of the 7- star hotel project of man of means Sunny Odogwu to recoup loan issued to help finance undertaken
.

Information available revealed, the mega hospitality project of man of means, Sunny Odogwu  - the undertaken described as ‘a 7 star luxury hotel is abandoned!

At the launch of the master plan for Luxury Collection Hotels and Apartments promoted by business man Chief Sonny Odogwu in 2012, a new breath and promises in the hospitality industry was heralded with prospective erection of the 7-Star luxury hotel. The Asaba-born titled chief and billionaire had signed the papers with Starwood Luxury Hotel Brand, the owner of the Franchise to build a world class hotel in Lagos which would favourably compete with any five star hotels in the world.
Contractors set to work and the structure began to take shape with rapid works; but three years down the line, the project has been in the state of abandonment, looking like a white elephant project, as it rots away. TheCapital reliably gathered that the project has had to be abandoned by the contractors handling the project due to paucity of fund for the project.

The project was projected to cost $500million and will boast of a twin 15 storey hotel of 340 rooms with all the good things of life. The woes of the seemingly stalled project have further been compounded by the indebtedness of the proprietor to Diamond Bank which provided part of the fund with which the project took off.

In December 2014, Diamond Bank moved to take over some of Chief Odogwu’s properties to offset his debt running into N26.6billion. The bank got a Federal High Court order freezing all the accounts of Chief Odogwu, ordering 19 commercial banks not to allow him or his two companies, Robert Dyson and Diet Limited and SIO Properties Limited, from withdrawing from their accounts.

The bank, in an affidavit, averred that sometime in 2007, SIO Properties Limited, and Chief Odogwu, on behalf of Robert Dyson and Diket Limited, approached the bank and required huge finance to be applied and disbursed as at when due for their project called "Luxury Collection Hotels and Apartments", to be constructed at Ikoyi Crescent, Ikoyi, Lagos, in the name of SOI Properties Limited of which Chief Odogwu is the chairman and majority owner.

The bank is however threatening to sell the property situated at 31-35 Ikoyi Crescent, Ikoyi, Lagos, being the security for the said loan, should the business man default in repayment of the loan
Posted by MAN ABOUT TOWN at 5:34 AM