Buhari, Goje Yet To Bury Hatchets Of 2011 Disgrace? 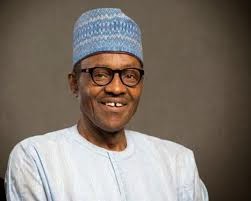 There are strong indications the pangs and estrangement of once upon a time quarrel is far from over for political heavy weights in the same party, Mohammadu Buhari and Danjuma Goje.

Presently both operate on the same platform, the All Progressives Congress. 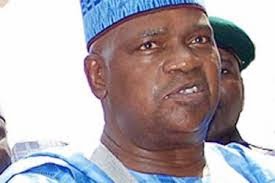 But this wasn't the  case in 2011 when Goje as Governor of Gombe state inflicted huge disgrace on the retired general.

Sources close to Buhari said the General was reluctant to raise the hand of the APC governorship candidate, Alhaji Inuwa Yahaya in public owing to his preference for the incumbent until he was under pressure to do so.

Buhari also told party supporters at the rally(APC Sak!…) which in English translation means “to vote from top down” but was again asked by former governor Goje to expatiate on that.

The APC Presidential Candidate has not forgotten the ill-treatment he was subjected to and is said to have harboured deep resentment against Goje following the humiliation meted to him by the former governor in 2011 when he visited Gombe for his presidential campaign.

Goje who was then governor on the platform of Peoples Democratic Party (PDP) had shut out Gen. Buhari, denying him access to the Gombe stadium where he was scheduled to campaign.

“He did not allow Buhari to use the stadium, and he mobilised the traditional rulers in the state against the then presidential candidate of Congress for Progressive Change (CPC), brooking no opposition,” the source told News Investigators.”

According to the source, Buhari, yesterday however “observed the political maturity and high sense of tolerance Governor Ibrahim Danwambo,” who is the northeast coordinator of the PDP Presidential Campaign.

“He acknowledged the maturity and tolerance of the incumbent state governor and somebody close to him told us he would rather not want to hurt him in any way.

“Dankwambo has always preached peace, he believes that Buhari and indeed any other opposition party is free to campaign in any part of Gombe and in fact, granted the APC’s request to utilize the stadium without asking question.
Posted by MAN ABOUT TOWN at 2:06 AM