The problems afflicting the Newspaper business of embattled billionaire, Jimoh Ibrahim is far from over. 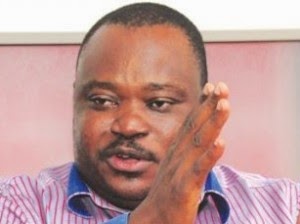 ‘It has taken a dangerous dimension’ a source claimed.

Court officials, assisted by policemen, on Friday sealed off the office of Newswatch magazine.
The magazine arm of the media business of Lagos-based lawyer and Chief Executive Officer of Energy Group, Araba Jimoh Ibrahim, was sealed as early as 9am, The Eagle Online learnt.
Court bailiffs took away the computers and other equipment of the magazine.
They left at about 4pm on Friday.

The magazine has been a source of litigation between Ibrahim and the owners – Ray Ekpu, Dan Agbese, Yakubu Mohammed and Soji Akinrinade.

The court also awarded N15.7 million damages against Ibrahim and other respondents in the suit.
Justice Ibrahim Buba also made an order halting further publications of Newswatch Daily, which has now been rechristened Newswatch Times, among other reliefs sought by the petitioners.
The minority shareholders – Nuhu Aruwa and Prof. Jibril Aminu – had filed the suit against Newswatch Communications Limited, Global Media Mirror Limited, Ibrahim, Newswatch Newspapers and Corporate Affairs Commission.

Justice Buba upheld all the prayers of the minority shareholders who challenged the validity of the takeover of the company.

The court held that the respondents could not prove that they paid up for the shares.
He ruled: “The Petitioners gave evidence to show that the second to third respondents have blatantly failed to pay for the shares in the company. They have not showed how and when they paid for the said shares. Nothing in paragraph 11 and 18A of the Respondents’ Statement of Defence shows how they have paid for the Shares. There is no evidence in paragraph 3.0 that the Respondents have paid on or before 5th May, 2011.

“The Respondents have only given their interpretation to that paragraph. Whatever monies they spent was spent on Daily Mirror and was confirmed by one of the defense witnesses during cross examination.

“The sum of N510 million was supposed to be paid for shares and not for any other purpose and there is no evidence to show that the shares have been paid for. Besides, it was a company called ‘Global Fleet’ that paid the N14 million, not any of the respondents who contracted with the first respondent.

“The court grants all the reliefs as set out on the petition at the inception of this case as follows: an order setting aside the contract entered into between the first and second respondent companies by virtue of the document titled, ‘Share Purchase Agreement’ between Newswatch Communications Limited ‘Seller’ and Global Media Mirror Limited ‘Buyer’ and executed by the parties therein on or about May, 2011.

“A Consequential Order setting aside the Form CAC2 – Statement of Share Capital and Return of Allotment of Shares of the 1st Respondent company dated, the 27th day of August, 2012 presented for filing by one Gloria A. Ukeje.