‘Over the past few months, news has filtered intermittently of the divestment of Royal Dutch Shell of some of its onshore oil blocks [OML 18, 24, 25 & 29; OML is Oil Mining License/Lease] for reasons ranging from change in strategy to focus offshore and on gas, to making steps to eventually exit its Nigerian operations. Whatever the reason, $5bn in cash is sufficient enough. The largest asset OML 29 is reported to fetch Shell $2.562bn (or over N500bn, depending on what exchange rate you are able to convert at). The various winners of the assets must have estimated the value using discounted cash flow method, the mother concept of all of finance, which states that the value of $1,000 today is more than the value of $1,000 tomorrow.

This discounting process, is what the buyers used to value the blocks by calculating their projected revenues from owning the oil blocks over a period, typically 5 years because in any case, except you are the Alpha & Omega, or even just the Omega, you cannot really predict what can happen in more than 5 years. The problem is, this oil block valuations were done when the prices of oil were above $100, and the bidders calculated their revenues perhaps using $75 as conservative estimates, with current oil prices below $50, it means the projected revenue has fallen by more than 30% and logically the valuation would fall by about that same amount. The fancy name for this is called a sensitivity analysis. The total divestment is reported to fetch Shell about $5bn and most of the agreements have already been signed, and with the exception of Crestar, who did not receive Ministers Consent  as explained here; if and when the deals are concluded, Shell would have won the lottery.

Adding the Oando-Conoco deal, the past few months have witnessed increased participation of local content in the upstream sector, which would be a major achievement of the President Goodluck/Diezani Allison-Madueke administration; or if you are on the flipside, a failure on the government to provide adequate security/environment which led to the strategic exit of IOCs from Nigeria. In any case, about $4.662bn would go into the coffers of the IOCs and a good portion of the funding would come from Nigerian banks in form of debt to the buyers of these assets. Typically, these kind of deals are funded 70:30 debt to equity ratio, although Oando would have us believe it funded Conoco 50:50 as explained by this article. Maybe true in theory, in practice, what would happen is that out of the additional $800bn equity to be funded by Oando, would have borrowed between $320 – 450m to fund its equity portion. Or take Mr. Benedict Peters’ Aiteo Consortium that bid $2.562bn for OML29 and $2bn debt, being 70% of the total funding of $2.898bn, members of the Consortium borrowed between $252 – 400m would have been borrowed to fund their equity portions. A rough estimate of the total debt for these transactions is about $3.75bn (being 75% of the bid values), the bulk of which would have come from Nigerian banks. One of the highlights of Professor Soludo’s rejoinder, in 2005, a syndication of $300m would probably have been done by maybe 20 banks, but in the post-consolidation era, $300m was a single ticket size in the Dangote Oil Refinery deal. Nigerian banks are now syndicating billions of dollars. Conservative estimates of local banks exposure to the upstream sector from these deals is well over $2bn.

‘With the current oil price regime, these deals have become sour. As highlighted earlier, repayments, from projected cash flow of the oil blocks have now been reduced, meaning the ability of the oil blocks to repay the debts has been constrained. It would take more than a transformation agenda for the bidders to meet their obligations and covenants under the respective loan agreements. (Un)fortunately, Nigeria is one of those environments where the legal system is not well developed, so borrowers can easily force lenders to restructure their loan. A rather strange occurrence where even before the first year anniversary of these loans, a technical default is envisaged and a restructure is necessary to avoid it.

Ideally, sale agreements of this kind should contain a Material Adverse Clause. Essentially, an agreement that enables the buyer or acquirer in a merger/acquisition to refuse to complete the acquisition if the target (in this case oil blocks) suffer a change. Perhaps a reduction in valuation of the blocks based on current pricing constitutes a MAC and bidders should be able to renegotiate or walk away from the deal. While we cannot confirm if such a clause exists, sources say the buyers forfeit 10% of the acquisition costs if they decided not to complete the deal. Similar to playing Baba Ijebu, the buyers have a choice between cutting their loses of 10% of the asset value, repaying off the acquisition finance and avoid overpaying for an asset; this would be the better option if you had a crystal ball and were certain that current oil prices are sticky and expected to persist in the medium to long term. This scenario is lose-lose for both parties; Shell has committed extensively to exiting its onshore operations, already commenced strategic layoff of hundreds of staff and seriously eyeing the $4bn+ cash pay-out. It might be the buyers’ market.

But the chart of oil prices over the past 30 years suggest this is likened to “an airplane that was cruising and suddenly meets an unexpected and unprecedented turbulence” forcing it to fly low for certain periods, and that oil should possibly rise to $70. This turbulence is primarily caused by the interplay of supply and demand:
There is more oil in the market than people are demanding for; and from Economics 101, when supply exceeds demand, prices will fall.

America’s shale is however very expensive to produce and while there is no consensus break-even price of shale, it is estimated to hover somewhere between $53 – 70 per barrel although it has been difficult to find any two estimates that remotely agree. And yes, there are plenty plenty estimates as seen here. If the break-even price is correct, then current prices are unsustainable for many, about 30%, US shale producing firms. But because Americans are smart, many of these US E&P firms hedged their production.

Hedging is like insurance, where you pay your insurance company a premium, say 3% annually of the value of your asset and any damage or loss is covered by the insurance company. So, many of these US firms bought “oil insurance” from “Oil-surance” firms. Where a US firm would have paid a premium, to hedge its production at say $75 and now that prices are at under $50, the Oil-surance company pays the US firm the $25 difference on its production; multiply that by 1 million barrels daily; multiply that by 320 days per annum. And you are looking at $8billion in insurance payments in a year. The problem is Oil insurance firms who can make these payments do not exist. This insurance is done by very smart bankers at Goldman Sachs, UBS and Co, who use complex pricing models to determine the value of premium to be paid by US firms to buy oil insurance at certain prices. Again, back to our oil price chart, except you have a crystal ball, you really cannot tell the absolute direction of oil prices. So why would these intelligent bankers agree to take the opposite side of these hedge contracts? Well, like Baba Ijebu, like Las Vegas, like Wall Street. Same game, different name.

Fortunately, most of these hedge contracts would begin to expire from the third quarter of 2015, and your guess is as good as mine on the number of hedging banks that will be willing and able to take the opposite side of the hedge contracts. Then the wind will blow, and the bottom of the hen will be seen. And many US shale firms may file for bankruptcy. Perhaps about 50% of America’s current production would be affected, perhaps more or less. It does not a necessary signal of good news for a drop in supplies. If about 4m bopd would be affected, Saudi Arabia currently has sufficient capacity to fill the void in the event of a shale bust. 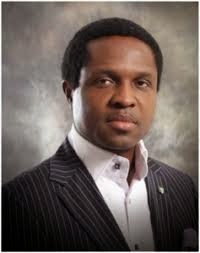 The bidders therefore have to evaluate the choice of forging ahead with the deals given the uncertain/unclear future about where oil price will be. For any of the loans at a five year tenor (which is the maximum I reckon most Nigerian banks would lend), an extension to 7 or 10 years with sculpted principal repayments might allow the buyer repay the facility. One would have to double check if there is any Nigerian bank with funding for up to 7-years, especially dollar funding. Worst case scenarios, many of these new local entrants would default on the acquisition facility and leave the exposed banks in not so great financial conditions, imagine a bank with $300m exposure having to write off 50% or $150m or N30bn. With no intentions of pre-empting the banks, there is/are of course many ways of avoiding this default and having to impair their loan book, is to simply renew these loans. The banks with heavy exposure to the local players in the upstream sector are First Bank, Fidelity; pause, you know what? This would be shorter if I listed the banks with least exposure. Heritage, Unity, Enterprise, Mainstreet, Keystone and Jaiz Bank are the banks with least or no exposure.

On a larger scale for oil cursed Dutch diseased countries like Nigeria, Venezuela, et al, the days of oil at anything close to $100 might very far into the future. Goldman Sachs forecasts it 3-. 6- and 12-month price of crude to be $42, $43 and $70. UBS estimates are in tandem with IMF forecast of $56 towards the end of the year. We might not be seeing as many trains and international airport remodeling in the future.’