‘If I Have To Pass Any Message To The Good People Of Nigeria, I Know How To Go About It With No Controversy’ – Ex President Obasanjo Disclaiming Comments On Fani Kayode Attributed To Him Via Social Media Account. 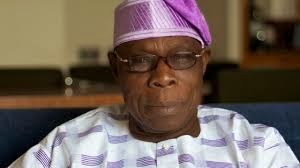 Former President Olusegun Obasanjo has explained he knows how to pass across messages to the public without attracting controversy.

The elder state man made this assertion distancing himself from comments on Femi Fani-Kayode attributed to him via alleged social media accounts he operates.

Former President Olusegun Obasanjo has said he does not have any accounts on any social media networks.

He said this in Abeokuta on Monday.Obasanjo was reacting to a twitter account, @newsvergeonline, which had posted a tweet on Sunday, claiming that the ex-President had described the Director of Media and Publicity of the Peoples Democratic Party Presidential Campaign Organisation, Femi Fani-Kayode, as a “democracy wrecker.”

He said the fake twitter account with his name, Olusegun A. Obasanjo, posted the story with caption: ‘Fani-Kayode is a democracy wrecker, who’s very fluent in stupidity. Give him food, and he will sing and doshokidance for you’.

Obasanjo used the opportunity to caution those using his name to operate illegal social media accounts, warning that the security agencies had been placed on the alert to fish out the perpetrators.

He said, “Nemesis will catch up with anyone doing this. It is illegal and criminal. If I have to pass any message to the good people of Nigeria, I know how to go about it with no controversy.”
Posted by MAN ABOUT TOWN at 10:51 PM