The angst in the broken marriage of Keystone Director Yetunde Kakulu – Yusuf is far from over. 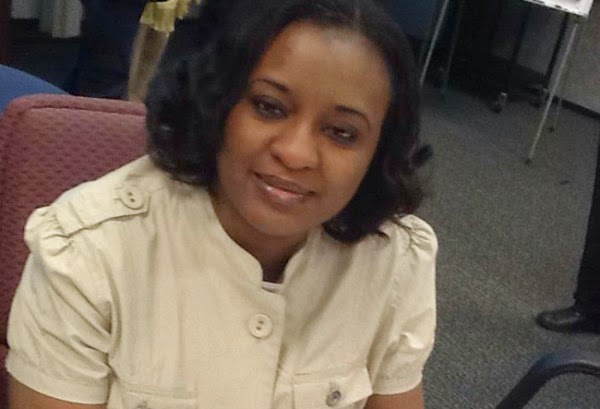 A clear indication of this is the recent action bank top shot in the marriage that packed up over multiple allegations on infidelity on both sides.


Here are  the details

A director of Keystone Bank, Yetunde Kakulu-Yusuf and her former husband. Edmund Kakulu are at daggers drawn for about four years now with no sign of improvement in their relationship.

The estranged couple whose broken marriage is blessed with four children have not had the most civilised separation.

One of the events that triggered their separation was the allegation made by Yetunde that Edmund was having an affair with her younger relative simply identified as Blessing, who lived with them at Barnawa Close, Kaduna, and put her in the family way.

Edmund too had alleged that the Isanlu in Yagba Area of Kogi State-born banker was sleeping with their church pastor, John Aiyedogbon(pictured right), a former Redeemed Christian Church of God pastor who was sacked by the church headquarters following his alleged affairs with several married women in the church.

Their matrimonial dispute later went before a Kaduna High Court where it was ruled that Yetunde should pay Edmund N2.2m compensation. She however, appealed the ruling and has found love in the court where he met her new husband, Emmanuel Yusuf who hails from Kafancha in Southern Kaduna.

A probate officer in the Kaduna High Court when they first met in 2011, Emmanuel who is now a magistrate has three other wives, and several grown-up children. One of his wife is late.

However, with fresh insults flying from both sides- there’s still no love lost between Yetunde and Edmund.

Impeccable sources told OrijoReporters that Edmund is allegedly bemoaning his lack of access to all of his children, and recently expressed his feelings to their mother through text messages.

However, his expression was allegedly met with anger, vexation and curse.

“We know you are unrepentantly wicked but surprisingly you are also foolish. Do you know Richard and Rachael are adult now? All of us are aware that the little money you should use to eat, you are using it to…Where is the fear of God? You are growing older every day, is these same children that will take care of you in another ten years when you no longer have the energy to foment trouble?

“You better desist from these fruitless evil agendas. You cannot do me NOTHING because God is with me. My God will always frustrate your antics. The children are watching and taking note. How is Blessing? How is your first son too?

“You are so wicked, i should have listened when everybody warned me about you at Kwara Poly. Every pit you dig for me, you will fall into in Jesus name,” the top banker replied her ex-hubby
Posted by MAN ABOUT TOWN at 7:29 AM