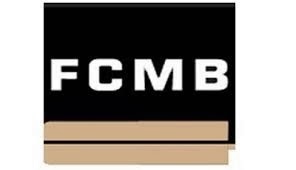 The management of financial institution, FCMB has initiated an out of court moves to repay N30m stolen from an account a Deputy Inspector General of Police maintain with the bank.

The bank with Mr Ladi Balogun as Chief Executive Officer initiated the process to divorce itself from an ongoing court case on the matter.

Here is a full report of the development

'The First City Monument Bank Plc (FCMB) is to repay a customer, Archibong Nkana, a Deputy Inspector General of Police (rtd.), whose N30 million was allegedly stolen from her account with the bank’s Oke Arin branch.

FCMB had been charged alongside a former manager of its Oke Arin branch, Rosemary Usifo, on a one-count charge of fraud.

'The accused was arraigned on Dec. 5, 2013, for fraudulently obtaining N30 million from a fixed deposit account, belonging to Nkana and even though had pleaded not guilty to the charge, the judge ordered her be remanded in prison pending determination of her bail application.
However, when the mater came up for mention on Thursday at a Federal High Court, Lagos, the Special Fraud Unit (SFU) for adjournment, explaining that it was at the instance of the bank.

'Prosecutor, Mr Effiong Asuquo, informed the court that the bank had urged the police to seek an adjournment to enable them repay the money to the victim of the crime.
According to him, after a meeting with the bank, officials had indicated that the bank was willing repay the money obtained by the second accused (Usifo), from the account of Nkana

According to the prosecutor, the bank said that its moves are aimed at having the name of FCMB struck out from the charge, adding that he was instructed to seek for an adjournment, to afford the bank time to regularise its position on the matter.

He, however, added that the SFU would proceed with the prosecution of the case, if the bank reneged on its promise.
'Accordingly, Justice Saliu Saidu, adjourned the case to March 3, for trial, while the accused would remain in the Kirikiri prisons.

In the charge, the accused was said to have committed the offence in 2011 after forging a letter with which she withdrew the money from the customer’s bank account.

According to Asuquo, the accused had been at large since then and was only arrested by the Police in November 2013. 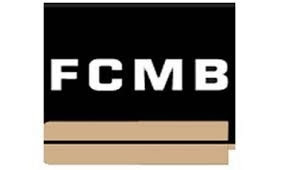