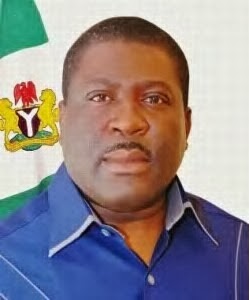 They are accused striving to illegally take over the property of another person without providing any proof of ownership- while the victim provided documents to back up ownership.

Here is a reproduction of report on the matter.

'It was a melo-drama on Monday 27th January, 2014 at Plot 104 Housing Area ‘C’ New Owerri, Imo State when a group of people led by chijioke Madumere who is the elder brother to the Serving Deputy Governor of Imo State, prince Eze Madumere and Government Liaison Officer of Ozuh Omuma Autonomous community in Oru-East Local Government Area of the State, Mr. Edwin Okolie who is also the proprietor of Ediz Wine Bar located in Port Harcourt clashed over landed property.

'An eye witness who did not want his name on print disclosed that the landed property crisis unfolded last weekend when a group; suspected to had operated through the authority of Imo State number two citizen visited the site where Mr. Okolie who is believed to be the owner of the property has been busy developing.

The eye witness also revealed that some occupants of the area have attempted to delve into the land dispute in order to pave way for peace to reign but one Nnonso popularly called “Alhaji” who also brought building materials such as gate to the site refused to bring out ownership document indicating that the landed property belongs to the Imo State Deputy Governor or any of his relations whereas Mr. Edwin Okolie provided necessary documents indicating that he is the owner of the property.

He further narrated that Mr. Okolie as the acclaimed owner of the property has not done any wrong thing by fencing the land adding that nobody has right to claim somebody’s property because of position in government.

'Speaking with news men in Owerri, the capital City of Imo State, the counsel to the Chief Executive Officer of Ediz Wine Bar, Barr. Kenny O. Kalu disclosed that the landed property was allocated to his client Mr. Edwin Okolie in July, 2011 via original allotee with the sum of 40 million naira and had never heard about any plan by government to revoke the property.

Meanwhile, Edwin Okolie who owns the property has appealed to Imo State Governor and all relevant authorities in the country to come to his aid. “This land I must tell you was acquired for 40million naira through an original owner and I have all papers from the ministry of Lands to back my claims. The painful part is that now that these people wan to take my land it means they are depriving me of the opportunity to establish my business and over jobs to the youths and generate income through tax for the Government of Imo state. Hence my decision to take my cry to the public as well as relevant authorities since I have sent out a public letter and copied every on necessary…”

'The entertainment entrepreneur did not stop at crying for himself as he also made an appeal to the Government of Imo State that..”I will be glad if the ministry of Lands can upgrade the land use office to have a Geographic Information system(GIS) centre as obtainable in a State like Cross River; cases of Land disputes will be put to rest” he concluded.

In a telephone interview with Nnonso aka “Alhaji” this writer was informed as follows “my brother let me tell you the truth, I know nothing about this case, all I can say is this, no issue can be resolved through fight. I only followed someone down there that is all I can say.”

The next person we spoke with before press time was the Deputy Governor’s elder brother who declined comments but promised to call us back. This is coming at the heels of the gay scandal which serenaded the deputy governor sometime last year and till date, he is yet t come up with tangible counter statement. We are on top of this matter and promise to bring you updates as more facts emerge.' 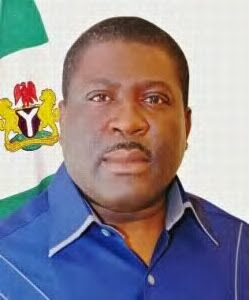