Online new spotter, theelitesnigeria captures the amazing intrigues and sexcapades that decorate the world of money man tagged Into.

Ibro Makanaki, the popular billionaire and self-styled turn-around expert, has an unofficial middle name. It is Controversy. His personality thrives on controversy and he has stamped his signature in Nigerian business sector as Mr. Controversy personified. As he adds another year today, Ibro Makanaki will throw a feast to mark the event. But only a few will know that the motive behind the merriment goes beyond the ordinary. It is reported to be a sacrificial feast for personal fortune. This special feast is held twice a year-on his birthday and the end of the year party he holds for his staff.

A maverick businessman, Ibro Makanaki has interest in various business enterprises, most of which are moribund. It is also a well-known fact that, every Monday morning, he subjects his staff to a four-hour session of Praise and Worship and management lectures, where he is the sole bishop and lecturer. Each time he wants to punish a subsidiary or targets a female prey, Ibro

Makanaki summons an all-night retreat at his VGC hotel, repeating worn-out case studies. Sources, within the conglomerate disclosed to The ELITES that Ibro Makanaki fiercely disapproves of any of his single employee bedmates from getting married and would always work towards married ones breaking-up with their husbands. Loyalty to him is, married women warming his bed, resuming early and closing late and being available at the shortest of notice for spurious meetings and unscheduled trips. The idea is to have the women at his whims and spend more time, attending to him than their families.

Unknown to many, the women around Ibro Makanaki are the most susceptible (both married and unmarried). The unwritten rule in his conglomerate is the close intimacy between him, the GMD and the women, particularly, at the point of being recruited or before promotion is earned. The controversial billionaire, who is reported to be notorious for unsafe sex, does not engage in it for mere carnal pleasure but for diabolical reasons. Evidence abounds about the fate that had befallen the many women, who have crossed his path in his conglomerate. Three things are usually the consequences of their unholy alliance with him- break-up of marriage, poverty and general difficulty and sometimes, death.

More than ever before, this time, there are many women who have suddenly assumed positions of power, either as CEO, GM, ED in Ibro Makanaki’s various establishments, both in and outside Nigeria. Noticeably, many of them are Third Class brains and under-qualified, but reportedly hold distinctions in servicing Ibro Makanaki’s libidinous needs.

PART ONE- THE CEO MISTRESSES

The first in this list of CEO Mistresses is Bridget. She is the CEO of the globally unseen oil and gas company in the group. Bridget was a notable player in the banking industry before the Recession Tsunami offloaded her. Somehow, she found herself in Ibro Makanaki’s conglomerate. Her first assignment was at Air Nigeria, and she later became the CEO of GFOG in curious circumstances. Coded and expertly slippery, Bridget does most of her romping with Ibro Makanaki’s whenever on official trips outside Nigeria. It is imperative to add that Bridget serves as MD in a company of merely 20 people and which has handed its filling stations to dealers. However, Bridget is said to be Ibro Makanaki’s link in the banks. She uses her connections in the banks to either doctor books or ‘take’ documents. Bridget recently got a brand new Prado SUV as an official car for her reward.

Next is Kafila, who became the Managing Director of the NM last January. She does not possess any relevant experience in the business turf she is charged to run. Kaffy is an old flake of the maverick billionaire, and she has now joined the legion, that services his ‘needs’. This lady is reputed to be dynamite when it comes to ‘satisfying’ her male friends. Some of them, notably, Baba Aremu, Raymond D, Gbenguz D, Iyi Omi, Boy George and some other prominent politicians, are reported to hold fond memories of their alliances with her. Already, Kaffy is about to take delivery of her official car. Ironically, other Managing Directors who are male and who are older in the system are yet to be given official cars.

Then comes Bimbo, the Acting CEO of the not-in-any-way luxurious hotel in Abuja. Bimbo, in a spectacular display of unprofessionalism, was made the CEO of the hotel, without any knowledge of hospitality business or management skill. For an otherwise 5-star hotel that was once struggling under a thoroughbred professional Olagbemi, the hotel is now in shambles. Meanwhile, Bimbo is a long-standing play toy to the GMD. So powerful has she become that her husband works in the Ibro Makanaki’s insurance company. Her younger sister, a neophyte lawyer, is also the Group Company Secretary in GF.
Also featuring on this list is Queeneth, the CEO of the energetic investment company in the country of gold. She is Ibro Makanaki’s conduit pipe in that West African country. Queeneth is single but not searching. This is her second missionary journey with Ibro Makanaki, having walked out on him a few years ago when she was GM, Treasury at NI in Nigeria. However, she became vulnerable and desperate for a job after Ohakim, whom she worked for as an SA was removed as Governor. Like Bridget in GF, Queeneth has had a tumultuous run in the banking sector. But she has always relied on the power of anatomy to get by.

Ophelia also dominates the list of women in this group. She is the ED of the bank that brims with so much energy, also in the country of gold. The Nigerian staff in the company calls her Ofili Ganga, more for her closeness to Ibro Makanaki, than for her mammary endowment. Ofili is the most powerful of Ibro Makanaki’s women, and probably one of the most brilliant and truly qualified in the conglomerate. But like others before her, she has fallen for his proverbial forbidden fruit without realising that all that glitters in Ibro Makanaki’s world is not gold. Although Ofili is married, her husband lives in the United States. She is said to be desperately in love with the GMD, with the sole aim of ousting the current MD, so that she can take over.

Seun, an ex-banker, is the GM of the group’s hotel and hospitality company in Lagos. She prides herself in having edged out the other contenders with her, to the throne (Ibro Makanaki’s bed).  Seun signs his cheques and handles most of his transactions. And she is usually, openly at war with other female members in the system. Her massive pimples notwithstanding, her assets are her voluptuous hips and easy disposition to tears.

Ibilola, a British trained lawyer came in as General Counsel to the news-watching arm of Ibro Makanaki’s conglomerate. At the moment, Ibilola is without any portfolio. She had the misfortune of falling head over heels in love with the maverick billionaire, only to realize that she has been used, dumped and probably wasted.

Until her sack mid last year, Abosede was the COO of GFI. She was one of Ibro Makanaki's longest serving staff and earliest bedmates. Abosede was fired for slapping her House Maid, Tope, whom she converted to Secretary. However, insider know the real reason for her sack. It was gathered that Ibro Makanaki was having carnal knowledge of the young House Maid. Abosede, whose previous mariage crashed on account of her devotion to her boss, also found solace in a Graphic Artiste in DN. Ibro Makanaki was said to have remarked that if Abosede could be romping with his male staff and putting their photo on Facebook, he too was free to romp her House Maid/Secretary.

PART TWO-THE EXCEPTIONS
There are a few exceptions, mainly on account of their advanced age and the manner in which they joined the system and how they have been carrying themselves. First in this group is Lady Isioma. She is the MD/CEO of NR-I, and was inherited with the company. Lady Isioma is 62, and she has conducted herself respectably. And so is Mrs. Adegoke, the MD/CEO of NI in Sao Tome. She was also inherited with NI in Nigeria, and was recently transferred to NI, Sao Tome. Adegoke also conducts herself decently, even though the NI she left behind in Nigeria, is a shadow of its old self. It owes salaries, has lost all major accounts and is now a ghost town.

PART THREE-HISTORY REPEATING ITSELF
Nearly all the ladies in Part One, and several others, who willingly or unwittingly engage in this back-for-ground, promotion-for-hand business in Ibro Makanaki’s business conglomerate, seem to have forgotten that several powerful women have towed that line, previously. But ultimately, they met their waterloo. The case of Ngozi is a classical example of this fact. She is the former President of ICAN. Seven years ago, Ibro Makanaki lured Ngozi to be GMD of the NG. She later realised that nothing good comes out of the man from the riverine town in Ondo State. Ngo Baby left with regrets and irreparable damage to her career.

Another case is that of Yetunde, and hers proved to be the most critical. Yetunde was the most powerful person in Ibro Makanaki’s conglomerate. She is a School Certificate holder and was his Secretary, but dramatically rose to become the GM/COO of GFO&G after spending a dozen years with the GMD. During her reign, Yetunde had three official cars, got her husband to work in Ibro Makanaki’s conglomerate and a house in Ajah. She has a son, whose paternity is in contention between Ibro Makanaki and her husband.

Unfortunately, Yetunde was finally booted out unceremoniously on spurious allegations of disloyalty and impropriety, as regards Ibro Makanaki’s meal.
Lastly is Bukola. She was Yetunde’s nemesis but in less than a year, she also met her own waterloo. Bukola simply disappeared, without any trace, and was strangely promoted as Assistant GM in absentia. So much so that Ibro Makanaki forbade anybody from speaking about the lady, who once held his heart captive. However, before her disappearance, Bukola had made headline on the Internet, for receiving a dirty slap and verbal invectives from Modupe, the wife of Ibro Makanaki. She was reported to have disgraced Bukola openly for having such a stranglehold on her husband.

Modupe, the wife of Ibro Makanaki, cuts the picture of a docile and lovely lady. But she is a calculating woman, who waits for the right time to strike. 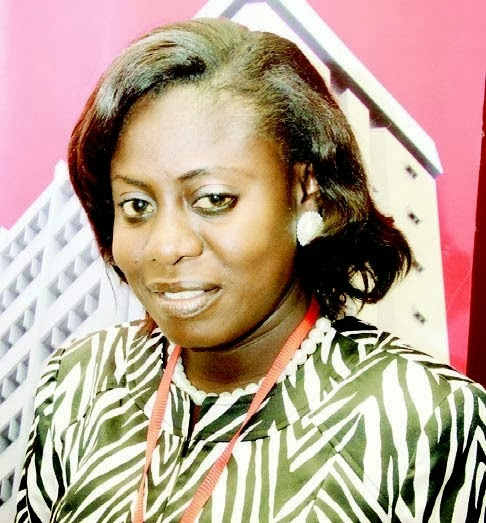