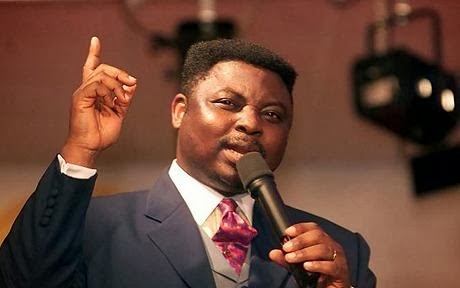 Preacher Mathew Ashimolowo risks jail term if ongoing contempt of court charge against him in an unravelling  messy
land tussle case is established.

Here are details of the unfolding drama sourced by naijacelebrities.net
'Nigerian-born, London-based Pastor Matthew Ashimolowo will, March 19, know his fate on the preliminary objection to a contempt charge brought against him before a Lagos High Court sitting in Igbosere, by four chieftaincy clans of Offiran and Aiyeteju villages on Lagos-Epe Expressway.
Ashimolowo, who is the President and Senior Pastor of Kingsway International Christian Centre, KICC and one Adedeji Obisanya were accused of not maintaining a status quo order ordered by the court on July 3.
The cleric’s company, Meridian Properties Limited, had dragged one Captain GOC Ugoh and 10 others to court for encroaching on his 26,486 hectares of land situated at Offiran village, which was acquired in phases by the company from various land owners in the village in 2003.
Other defendants in the suit are Chief Ganiyu Raji, Adio Shittu, Olusegun Busari, Ganiyu Tijani, Sule Kafaru, Lasisi Olooto, Muyideen Tijani, Omodele Oyafunke,Theophilus Oyafunke and Taiwo Oyafunke.
In its preliminary objection to the contempt proceedings, Ashimolowo’s firm, through its lawyer, Dapo Opakunle, argued that the required condition by law for the hearing of a contempt or committal proceedings were not met by the defendants.
Opakunle argued that the alleged first and second contemnors were not liable in law for contempt charges.
'He also submitted that the claimant did not disobey any known court order, maintaining that the second to 11 defendants were incompetent to seek the committal of the claimant because they are not proper before the court.
Replying, the defence counsel, urged the court to grant the application for contempt against Ashimolowo, arguing that it was in the interest of sustaining the dignity and administration of justice since the claimant’s alleged disobedience could bring the judiciary to disrepute.
Defence counsel alleged that in February 2013, when work started on the land, the defendant drove away its workmen; consequently, the claimant petitioned the office of the Assistant Inspector General of Police on the activities of the defendant.
He argued that the company has continuously disobeyed the court order by constructing and erecting entrance gate and other structures on the said land.
According to the defendants, despite the service of contempt proceedings on Ashimolowo, as a director of the company, the firm continued with its construction in disregard to the court order, which ordered that parties should avoid the use of self help.
“The act of self help by the persons sought to be committed to prison is capable of bringing anarchy and break down of law and order in the community where the property is located,” they argued.
Although yesterday was fixed for hearing of both the contempt application and its objection before Justice Morenike Obadina, Ashimolowo’s absence stalled the hearing of the alleged contempt charge.
'While apologising for Ashimolowo’s absence, Opakunle urged the court to take his application objecting the contempt charge.
He prayed the court not to entertain the contempt charge on grounds that counsel to the first defendant, David Aransiola, brought an ex-parte application on behalf of all the 11 defendants, without an appropriate application before the court, since the second to 11 defendants have another lawyer.
Opakunle contended that the defendant did not serve the requisite contempt proceedings processes on the alleged contemnors personally as required by the Sheriff and Process Act.
Ashimolowo’s lawyer told the court that in its obeyed status quo order, that the claimant should remain in possession and maintain presence on the property while the defendants were ordered to keep off.
'He urged the court to disallow the alleged contempt application.
Responding to Opakunle’s submission, defence counsel insisted that an order of substituted service was issued by the court and same remains valid.
Defence counsel argued that the denial by the contemnors/claimants cannot hold water because there are documented evidence including pictures before the court.
Responding to the claimant’s submission that the counsel, who represented the second to 11 defendants in court, James Banjo, was not known to the court, Banjo told the court that they were yet to file their memorandum of appearance because the processes served on them were not complete.
After listening to parties, Justice Obadina adjourned till March 19 for ruling on whether the court will hear the contempt charge against Ashimolowo or not.
- See more at: http://www.vanguardngr.com/2014/02/contempt-charge-court-rule-ashimolowos-preliminary-objection-march-19/#sthash.5F6UVx7U.dpuf' 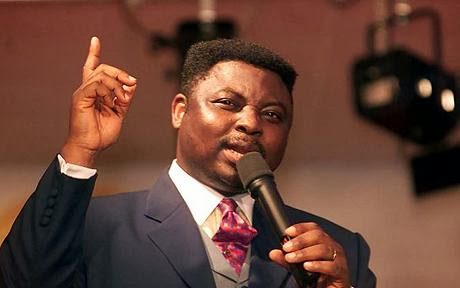