'I feel proud that by association, I am part of the work you are doing' Obasanjo To Amaechi On Development In Rivers State. 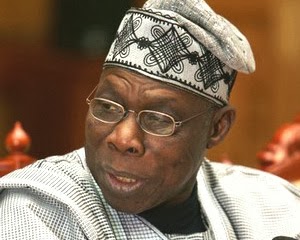 Former President Olusegun Obasanjo has expressed great delight at the development Rivers State Governor, Rotimi Amaechi has brought to bear in the state.

Obasanjo declared his
joy at the developmental strides on a recent visit to the state.

Here is a full report of the happenstance 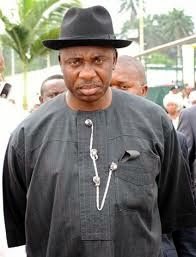 ' Former President Olusegun Obasanjo has said he has no regrets declaring that Rivers State Governor, Chibuike Amaechi, was unfit to be governor in 2007.

He said he accepts full responsibility for his decision but added that with Amaechi’s victory at the Supreme Court, his (Amaechi’s) K-leg had been straightened.

Recalling the incident in 2007 when he, as president, unexpectedly refused to give Amaechi the Peoples Democratic Party (PDP) ticket, despite his winning the primary to contest the governorship in Rivers State because his case had K-leg, Obasanjo said: “I believe that as a leader, when I have something that requires action, that action must be taken, otherwise I am not a worthy leader.

“A report came about him, which indicated K-leg, and I said yes, there is a K-leg and as a result of the K-leg, he could not continue. But Rotimi (Amaechi) did what was required in a democratic dispensation; he went to court to straighten the K-leg.

“I was one of those, who when he (Amaechi) got the judgment or the verdict, found it awkward. I did not voice it out publicly, but I found it awkward; awkward in the sense that how can a man who has not contested an election; a man who has not been voted for be declared the governor?
“But I mused about it knowing that people went to a higher court. I think he (Amaechi) took it to the Supreme Court and in the Supreme Court, he won.”

He said the Supreme Court verdict had cleared all doubts about Amaechi’s eligibility.
“As far as I am concerned, that is the end of the K-leg. If anybody is not satisfied after that, he has to wait for the judgment of the Supreme Being up there.

“So the K-leg has been straightened; not only that, after his first term, he contested and won with a landslide. Then, what K-leg are you talking about again? Well that is that about K-leg,” he said.

He commended Amaechi for his courage to challenge the decision of the party against his candidacy in 2007, adding that he (Obasanjo) accepts full responsibility for the decision.

He said: “I want to acknowledge your courage. I phoned the governor; I hope he will remember and I said: ‘Governor Amaechi, don’t take anything against your predecessor, because whatever decision was taken about you, hold me responsible, not your predecessor because I was the overall person in charge.’

“So if anything had been done because I took a decision that I believed was right, I have no apologies. This is because I don’t take decisions lightly. When I have to take decisions; some that I find very important, I fast and pray before I take them. I ask for God’s guidance and direction.”

'Explaining the reason for his visit, which drew the flak of the state chapter of the PDP, Obasanjo said in his characteristic manner, “I am here to see development, to acknowledge development. So far, I have seen a bit. We still have time to go and whatever I see, when I earmark, I eye-mark, I mouth-mark. So far, I have earmarked, I have eye-marked and I am trying now to mouth-mark.”

Obasanjo also replied critics who said he should not visit the state because Amaechi had renamed a road named after him (Obasanjo).

His words: “Some people have also said why should you come here? When Amaechi became governor, one road named after me was cancelled. I don’t work so that people can name road after me; I work so that I can be what God wants me to be.

“But if for any reason, anybody decides to name anything after me, good luck to him. But I want to be remembered; I want my name to be written in the hearts and mind of Nigerians and people all over the world; not necessarily on a road.

“Well, if he (Amaechi) said the road should not be named after me, what is the quarrel? Why should I quarrel with that? If in the course of that, they invite me and I did not come, that will mean I am petty, I am mean and I don’t deserve to be honoured.

“Of course, Rotimi, with all due respect, there must be something you must learn from me. If I am petty and mean, then there is nothing you can learn from me. I must show without being immodest that I am older and more experienced and if experience goes with wisdom, I am wiser.”

On the model school, which he inaugurated after his address, Obasanjo said: “Without prejudice, this will compare favourably with any multipurpose hall of any tertiary institution in this country or even anywhere in the world.

“The point is this: if we want leaders of tomorrow; those who will be leaders with ideas, who will have no ghetto mentality, you must train them not within a ghetto, but within an environment like this.”

He however called for the establishment of more schools of the same standard in the state.
“We have a problem though; if you have only 24 of this, it is not enough for the state because we will have the problem of selection, competition and then it will be whose child will not be in a school like this? That becomes a problem.

“I guess when the problem arises, those here after you (Amaechi) will be able to solve it.  Maybe you will be working towards how it will be solved before you leave,” the former president advised.

Obasanjo also expressed satisfaction with the achievements of Amaechi, but advised that politics should be played with principle, adding, “I feel proud that by association, I am part of the work you are doing in the area of infrastructure development, particularly road transportation infrastructure.”

'At another event, Obasanjo described the late playwright and social critic, Ken Saro Wiwa, as one of those who laid down their lives for the enthronement of democracy in the country.
The former president spoke when he inaugurated former Stadium Road, which was renamed Ken Saro Wiwa Road by Amaechi.

Obasanjo said: “Where we are today in our democracy, we should remember that we did not just get there without some people paying the supreme sacrifice. Ken Saro Wiwa was one of those who paid the ultimate sacrifice for democracy in this country.”

He called on Nigerians to protect the nation’s democracy and honour those who fought for it.
Earlier, Amaechi had explained that he brought the former president to showcase to him what he had achieved in the past seven years, adding that Obasanjo was “a good leader” that Nigerians believed so much in.

Amaechi revealed that he got the idea of the model school from Achimota in Ghana when he was in exile in that country, stating that out of the 27 of such schools expected to be built by his administration, seven had been completed so far.

But in reaction to Obasanjo’s visit, the Rivers State chapter of the PDP accused the former president of double standard by coming to inaugurate the projects of a man he once denied the party’s ticket because of corruption.

'The party, in a statement signed by the Special Adviser, Media to the state Chairman, Jerry Needam, said the people of Rivers State deserved to know the outcome of those charges and investigations and why the former president suddenly swallowed his words to honour the invitation of a man he so much vilified and caused the anti-graft agencies to pursue on account of corruption.

“Failure to oblige this request the people of Rivers State will be left with no other option than to conclude that he (Obasanjo) has either compromised his acclaimed hard stance against corruption in high places or worse still, is playing politics with the entire Rivers people notwithstanding the after effects,” the party said.

The statement added: “The party insists that issues that border on corruption and mismanagement of state resources are such serious matters that cannot be wished away by political bravado associated with projects commissioning, let alone by Gov. Amaechi’s direct accuser, ex-President Olusegun Obasanjo, stressing that unless the issue of K-leg is explained to the people, neither Obasanjo nor Amaechi will be taken seriously by Rivers people.”'
Posted by MAN ABOUT TOWN at 1:55 AM