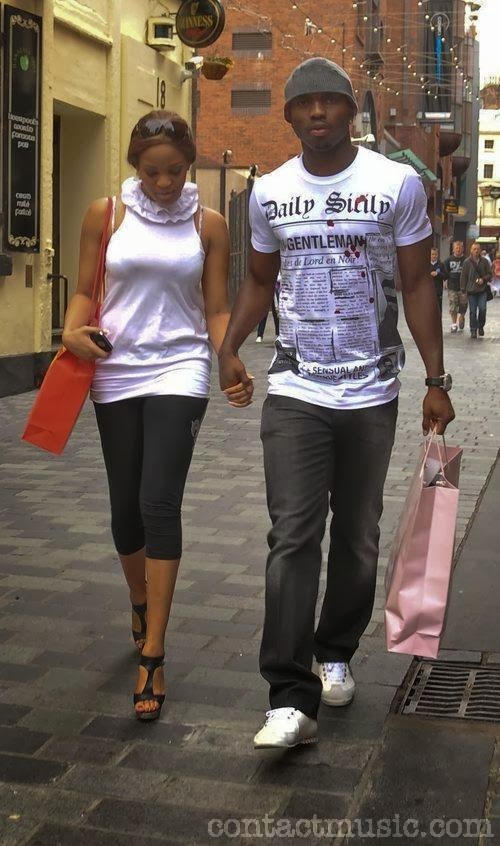 Footballer Joseph Yobo is engaged in raging battle. Family members of his wife, Adaeze are piling pressure he comes to her village to perform necessary traditional marital rites. And he appears not interested.

The ceremony tag 'Igba Nkwu' is widely view as a vital engagement in marriage ceremonies in Adaeze's community. The fact that she hails from a prominent family is said to have thrown greater importance on the custom.

But Yobo appears to be showing detached interest in the move.

Here is how Yes Magazine reports the fallout of Yobo's unconcerned approach in the face of growing pressure from the family.

'Former Super Eagles captain, Joseph Yobo, may have unknowingly incurred the wrath of some of his wife’s people. Yobo’s wife, Adaeze, is from Iru-Owelle Village in Awka Etiti, Idemili South local government area of Anambra State.

According to one of them who asked not to be mentioned yet, their anger with the soccer star stems from the fact that he’s yet to marry their daughter traditionally. “Yobo has not done Adaeze’s Igba Nkwu and that’s why we are not happy with him. You are a Yoruba girl, but you can go and ask your publisher, Azuh Arinze. He knows what Igba Nkwu means in Igboland, and he also knows that without it, no man can be said to have truly and fully married a woman. “We love Yobo as a footballer. We are also happy to have him as our in-law, but our tradition must be followed and respected. Remember Ojukwu and Bianca? In spite of their having a high society wedding in Abuja and all that, when the time came, Ojukwu still had to return to Ngwo (in Enugu) to marry Bianca traditionally because it is very, very important. So, you can tell Yobo that we said his case cannot be any different. He must marry our daughter traditionally. Simple”. 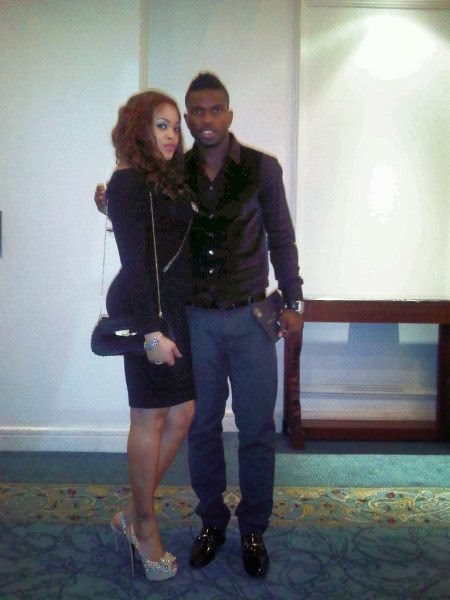 Igba Nkwu, indeed, is very important in Igbo land. Besides uniting the two families and formalizing the relationship traditionally, it’s also an avenue for the couple to exchange drinks publicly and announce to the whole world that they are now one. The format is usually to hand over to the bride a glass filled with Nkwu Enu (up wine), and amidst dancing around the arena; accompanied by her friends, she locates the groom, hands over the drink to him, he drinks and follows her to her parents. Both will now kneel and be prayed for, with merriment following later.

Adaeze’s father is the grandson of the GMO boss, Chief J.O. Igwe. GMO used to be into serious business and was one of the first Igbo companies, as far back as 1982, to donate N2million to a cause. This was when Dollar exchanged one for about N80. “GMO was the Dangote of that time in the East. The man was a member of People’s Club, the biggest social club, East of the Niger, at the time. Oliver de Coque and Osita Osadebe sang his praise in their albums”.

Sources close to Yobo told us that he was ready and willing to do the Igba Nkwu but for kidnapping which was rampant in Anambra State then. “That was what scared him away. Yobo is a big boy. I mean, we all saw how big his white weeding was, in spite of the fact that he didn’t announce it to the whole world then”. Yobo, it would be recalled, had his church wedding on Jos, Plateau State in 2008. Currently blessed with two children, YES International! investigation revealed that he had met with Adaeze’s father, Mr. Ikechukwu Igwe, for some form of introduction in Lagos and not Igba Nkwu. When we contacted Mr. Igwe, on Thursday, February 13, 2014, he maintained that he doesn’t have any issue with his daughter and her husband. “I don’t have any problem with them at all and it’s not true that I’m not happy with them over anything”.

On their inability to perform the Igba Nkwu ceremonies yet, he said he was happy with Adaeze as his daughter and Yobo as his son inlaw and that’s what’s important. “Don’t listen to whoever is telling you anything on the contrary”. But still seething with rage, one of the inlaws said: “Ask Yobo whether he knows where Iru-Owelle is. Ask him also whether he has been to Iru-Owelle. Our people don’t do traditional marriages in Lagos, so whatever they claim to have done there doesn’t concern us. If he wants to marry our daughter, he should come to our village. Again, you people should tell the world that John Fashanu is not Adaeze’s father.

Adaeze’s father is Ikechukwu Igwe. Whatever is going on between Adaeze’s mother and Fashanu is not our business. Yobo should deal with the right person and not otherwise” Fashanu, an ex-soccer star, is allegedly dating Adaeze’s mother, Abigail Igwe. But this was after her marriage to Ikechukwu had failed. The couple had four children – two boys and two girls before their once house of love fell apart. Ikechukwu, son of Chief J.O. Igwe, Ide of Awka Etiti and business mogul, used to run Goddian Shoes in Onitsha, Anambra State. Yobo is an international soccer star while Adaeze is an ex-beauty queen
Posted by MAN ABOUT TOWN at 12:56 AM