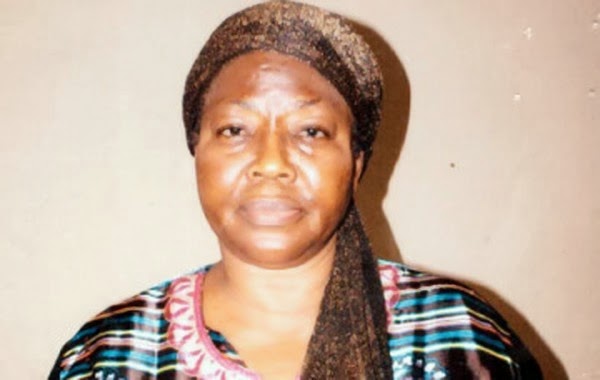 Former Deputy Gov of Lagos state, Alhaja Sinat Ojikutu has been nabbed by the police.


She was apprehended for obtaining money under false pretence in connivance with her son.

Here is a full report of the happenstance

'The Special Fraud Unit of the Nigeria Police on Tuesday finally arrested a former Deputy Governor of Lagos State, Alhaja Sinatu Ojikutu.
She was declared wanted by the SFU eight months ago for allegedly duping one Cajethan Okekearu of N130.

Alhaja Sinatu, 67, collected the money under the guise of selling a plot of land at Admiralty Way, Lekki, Lagos, to Okekearu.

According to a statement by the Public Relations Officer of the unit, Deputy Superintendent of Police, DSP, Ngozi Isintume-Agu, she was arrested yesterday at her Lagos Island residence.

,The statement reads: “She allegedly connived with her son, one Samson Adebisi Ojikutu Jnr, who is currently in USA to commit the fraud. The suspect and her son were alleged to be parties to the sale of the land and both signed the agreement given to the complainant and obtained N130 million from him.
“She admitted to the crime but claimed that it was a genuine mistake of plot identification. She refunded N50 million to the complainant and promised to refund the balance as soon as she disposed her two property she put up for sale.

“She also confessed that she had injected the complainant’s money in her business. She equally made an undertaking and payment plan which was drawn from September 2012 and was to terminate by November 2012, but she defaulted due to lack of fund.

“The whole illicit deal got blown open when the complainant commenced development on the land and was on the verge of completion when the bona-fide owner of the land surfaced and indeed it was discovered that the land that the suspect sold does not belong to her. She actually sold Plot 23 Block 4 while Plot 24 Block 4 already has a property on it.

“Investigation revealed that the land she sold did not belong to her, the land belonged to one Mr. Afolabi. It was also discovered that the Plot 24 Block 4, which actually belonged to late Samson Adebisi Ojikutu Snr, the suspect’s husband who died in 2008 was sold by him in 1995 and the suspect was a life witness and appended her signature to the sale of the land.

“A financial institution (name withheld) which was in possession of the C of O after payment was fully made also tendered the original C of O which the former Deputy Governor of Lagos State had earlier declared missing and even sworn an affidavit to.”

It would be recalled that the suspect, Alhaja Sinatu Aderoju Ojikutu sued the Inspector-General of Police, the Commissioner of Police SFU and the complainants in the state High Court holden at Igbosere, Lagos with Suit No. M/581/2013, praying the court to restrain the Police from further investigation into the matter and violation of fundamental human right.

'The ruling by Justice Obadina on December 17, 2013, dismissed the suit for lack of merit, that the Nigeria Police have the power to prosecute the Applicants, Alhaja Sinatu Aderoju Ojikutu and her son, Sampson Adebisi Ojikutu (Jnr) since the Police investigation revealed that there is prima-facie case of obtaining by false pretences against them and added that the court will not interfere or restrain the Police in carrying out their statutory function.

The Nigeria Police, Special Fraud Unit had made concerted effort to arrest her after Justice Obadina (Mrs) gave the ruling during the suit filed by Alhaja Sinatu Aderoju Ojikutu to restrain the Police from further investigation into the matter.
She will be arraigned at the Federal High Court, Lagos, today.' 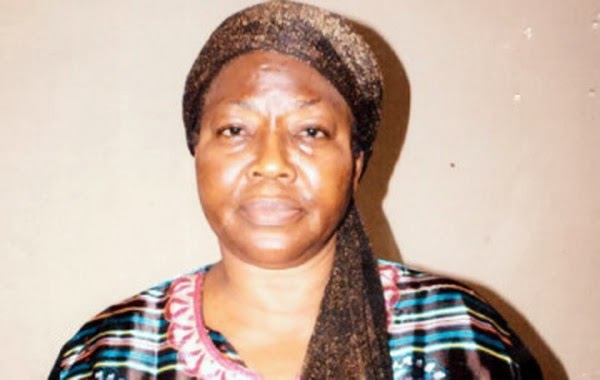