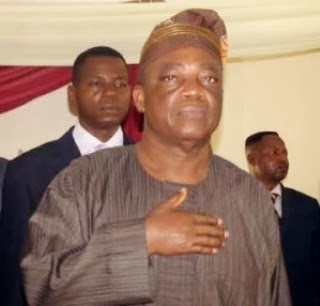 A fatal accident involving the convoy of the Deputy Governor of Ondo state has left a staffer of Nigeria Television Authority and chairman of a Nigeria Union of Journalist, his pregnant wife and daughter dead.

A monarch and others were equally severely injured in the development.

Here is a detailed version of trending report on the happenstance.

'Four persons, including the Chairman of the Nigeria Union of Journalists, NTA Chapel in Ondo State, Alex Akinwale; his pregnant wife, Rebecca Akinwale; one of his children, Pauline Akinwale; and their housemaid were among the causalities in a fatal accident that also involved the convoy of the Deputy Governor of Ondo State, Alhaji Ali Olanusi.

'The auto crash also left a monarch, the Osunmakinde of Ife-Tutun in Osun State, Oba Obawure Taofiq Olaposi, and several others critically injured.
However, Olanusi and another son of Akinwale’s, Paul, escaped death by the whiskers.

The accident occurred when a vehicle rammed into Olanusi’s convoy and other oncoming vehicles.

'The accident occurred at  Aponmu-Owena along the Akure-Ondo Road.
A white Toyota Camry car, owned by Oba Olaposi, ran into Olanusi’s convoy among other vehicles in the process of overtaking.

Akinwale and his family were returning to Akure from a family function in Ondo town, also in Ondo State when the accident occurrred.

'The monarch and a teenager among the occupants of his vehicle are said to be responding to treatment at a Specialist hospital in Akure.

The corpses of the victims have been deposited in the mortuary.
Confirming the incident, the Chief Press Secretary to the Deputy Governor, Daisi
Ajayi, said Olanusi was on his way to Ondo on official assignment when the incident occurred.
Ajayi said one of the security cars in the convoy and Olanusi’s spare car were badly damaged.' 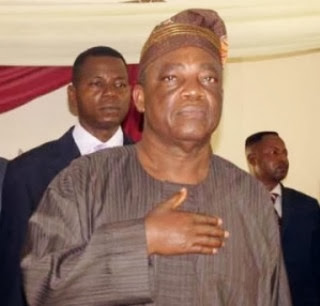