The Rivers state house assemble has given Governor Rotime Amaechi approval to withdraw N30b from from the state's reserve fund to meet government responsibilities.

Here are full details as reported by The Punch

'Rivers State House of Assembly has passed a bill mandating the state government to withdraw N30bn from the N53bn in the government’s reserve fund.

Rivers State Government has the tradition of saving N1bn every month in reserve to meet emergency needs.

The Speaker of the House, Mr. Otelemaba Dan-Amachree, said the mandate given to the executive arm of government to withdraw the fund was to enable the state governor to address the challenges facing the government.

He explained that the ceding of the state’s oil well to Bayelsa and Abia states was responsible for the paucity of funds in the state.

'Dan-Amachree, who was represented by the Deputy Speaker, Mr. Leyii Kwanee, recalled that government needed to pay the  salaries of 13,000 teachers  employed some months ago.

Explaining that contractors had already left their construction sites because of the non-payment of their dues, the Speaker said part of the funds to be withdrawn would be used to address the matter.

The Speaker said, “The Rivers State Reserve Fund Law (Amendment) Bill of 2014 has just been passed, mandating the executive arm of government to access N30bn from the reserve fund. It is only effective only if this amendment has been assented to.

“Of course, we are not going to pass this resolution on to them until the bill has been assented to and made to become law. So, I want this clarification for record purpose so that we will not be misquoted.

Dan-Amachree pointed out that the governor was expected to sign the bill into law, adding that the House would resume sitting in the next two weeks.

'Leader of the House and Chairman, Ad hoc Committee on the State Reserve Fund Law (Amendment) Bill of 2014, Mr. Chidi Lloyd, had earlier proposed that some sections of the law prohibiting the House from investigating how the fund was managed be repealed' 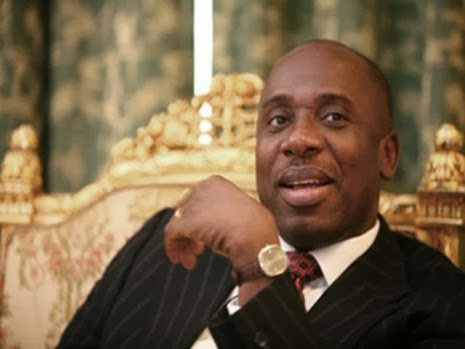