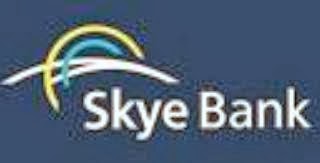 Financial Institution, Skye Bank is in a fresh partnership.

The reputable establishment is working hand in hand with foundation, Cope to combat dreaded disease, Cancer.

Here is a reproduction of the report.

'As the global community commemorates the 2014 World Cancer Day on February 4, Skye Bank Plc has demonstrated its commitment to public health and safety by promoting a public awareness campaign about the disease.

The bank, in collaboration with a non governmental organization, COPE Foundation, has dedicated three mobile telephone lines through which members of the public can learn more about the causes of cancer, its prevention, control and treatment from a team of consultant oncologists and clinical radiologists spread across University Teaching Hospitals from February 4-February 7.

Addressing a press briefing yesterday to mark the World Cancer day, the bank’s Executive Director, South South, Mrs Ibiye Ekong, who stood in for the Group Managing Director/Chief Executive Officer, Mr. Kehinde Durosinmi-Etti, urged members of the public to call
08137109164,
0018000004 and
08094442223 to speak with the medical experts.

“These lines will thereafter be in the custody of COPE Foundation and members of the public who can relate with the foundation on their subsequent information  needs on the issue”, she said.
'Describing cancer as one of the leading causes of death world wide, especially in the developing countries where inadequate medical care and lack of awareness about the disease have combined to make it very deadly, Ekong said there was a need for a concerted effort by both the government and the private sector to collaborate to fight the scourge of cancer in our society where incidence of the disease is on the increase.“At Skye Bank, we have taken up the challenge of working in concert with other publicly spirited organisations and philanthropists not only to promote awareness about the scourge but also to facilitate screening, early detection and effective care for those afflicted. Our concern and desire to stem the growing incidence of the scourge date back to several years ago when we partnered with some non-governmental organisations (NGOs) to call attention to the threat posed by the disease.

“It was in furtherance of our commitment towards contributing to the fight against the high incidence of cancer, especially breast cancer in the country that we partnered with an NGO known as Care, Organisation and Public Enligthenment (COPE) Foundation, under our Corporate Social Responsibility (CSR) initiatives, by donating two breast cancer screening machines to it to facilitate screening and early detection of the disease”, she explained.

The Skye Bank director pledged that the Bank would continue to support worthy social causes in the health sector to improve the wellbeing and healthcare of Nigerians, saying a healthy nation is a wealthy nation.
Ekong called on other corporate organizations to join in the fight against cancer by supporting various programmes and initiatives by NGOs and the government to reduce the cancer scourge and mortality rate in our society.

'The Managing Partner of COPE Foundation, Mrs Ebun Anozie, in her comments at the briefing, called for the establishment of cancer care centres in the country where specialists would be stationed to provide care and treatment to patients and survivors.She commended Skye Bank for sponsoring over 30 indigent cancer patients for treatment in addition to providing free screening programmes for over 10,000 women within and outside Lagos. She listed the bank’s other efforts to include provision of the state-of-the-art screening machines, provison of 40KVA generating set and sponsorship of at all international conferences.

The Consultant Oncologist, who was part of the briefing Dr. Anthonia Showunmi, advised members of the public to live a healthy life style, avoid risky behaviours, and to go for general medical check up once in a year' 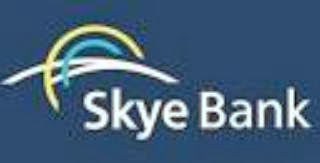