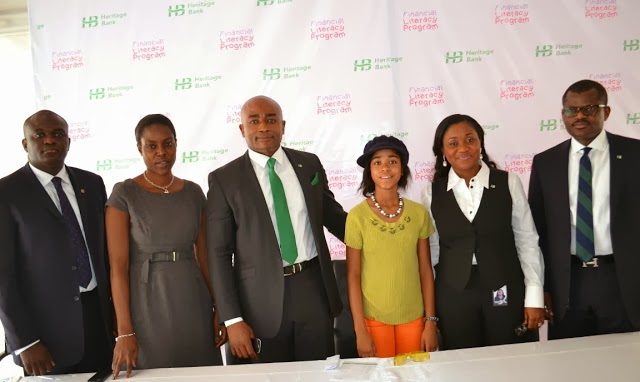 Ahead of the celebration of this year’s Global Money Week, Heritage Bank has reiterated its commitment to boosting financial literacy, especially among children in the county .

The Bank stated this at the launch of its financial literacy plan in Lagos on Wednesday. The star activity of the event was the unveiling of globally acknowledged youngest celebrity interviewer, 11-year old Nigerian, Zuriel Oduwole, as the Heritage Bank Financial Literacy Brand Ambassador.

According to the lender’s Group Head, Customer Experience and Analytics, Mr. Ralph Omoregie, even before the central Bank  of Nigeria (CBN)  and the Bankers’ Committee launched the national financial literacy campaign , Heritage Bank had already commenced its own campaign by going round nearly thirty primary and secondary schools in different parts of the country to teach the students rudiments of money management .

He explained that the bank, right from inception,  recognised  the need to teach financial  literacy to primary and secondary school pupils as this would  lead to them  learning money skills at an early age, thus resulting in a better economy for the country. Heritage Bank, he further revealed, would be adopting a school in Ado-Ekiti, Ekiti State under its Financial Literacy Plan.

Omoregie said empirical evidence has proved that many Nigerians do not know how to make money work for them because they did not have the opportunity of learning the skill at an early age.

This year’s Global Money Week would be observed from the 10th to the 17th of March. The Bankers’ Committee had chosen 13th March as Financial Literacy Day. 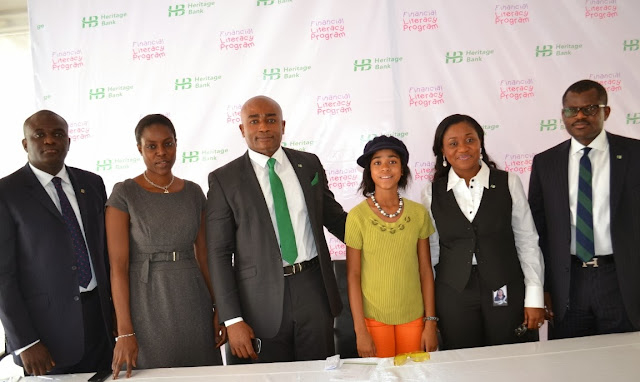