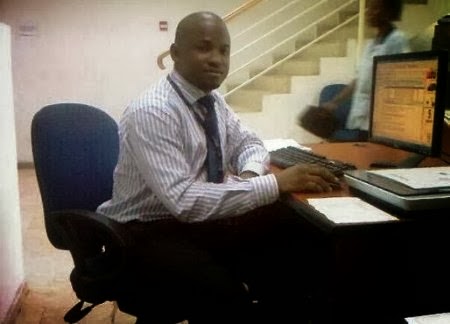 Friends of  Babatunde Oke, the late Eco bank staffer and father of 7months old baby that died in police custody under mysterious circumstances in the course pressure to refund allegedly stolen bank money have added a twist to his case.

They have initiated moves to formally bring the case to the attention of Governor of Lagos state, Babatunde Fashola and also threaten court case against the police and management of Eco bank in search of justice.

Here is how societynowng.com reported the development

'Friends of recently deceased banker, Babatunde Oke operating under the informal banner 'team justice for babatunde' insist blame for the death of the father of a 7months old baby doesn't not reside with the Nigeria Police- his employers, Eco Bank share in it as well.

Babatunde died in police custody on Thursday February, 20 after 3 days in detention - without court order.

He was arrested and detained in relation to a N1.2m that disappeared under his care.

He was said to have to have agreed to offset the missing funds installmentally.

The bank had reportedly frozen his account and that of his wife, Bunmi a contract staff with the financial institution.

And had paid of N600.000 before the bank came up with the allegation of an additional N1m. His denials and refusal to allow the new discovery lumped with his debt reportedly resulted in the bank handing him over to the Police authority.

The 'team justice for babatunde' claim they have information the police acted on the prompting of the bank to recover the balance of the funds Tunde agreed to pay- and the added N1m allegation.

The team that had whistle blower on social media, David Ekpo as member infer he was detained as part of moves to put pressure on him and his family to put up the missing funds.

He was believed to have been tortured.

Sources confirmed immediately news of his death went viral via the effort of good friend, Ekpo and the popularity grew - the management of Eco Bank immediately initiated a fail safe process.

Contacts were attempted with the family to distancing the deceased employer from the
action of the police, particularly the detention and demand for outright payment. And they have a leverage point to pass their message- the widow is still a contract staff with the bank.

Maintain a source 'And the police certainly has not helped matter with the manner of death...a suspect in police custody supposedly not to have undergone any 'torture' died after taking 'a bottle of pepsi'...the manner of death has beamed all focus on them, with many over looking vital elements in the case such as, on whose instance did the police acted, what were the behind the scenes directives that resulted in the death of Babatunde?...what role actually did Eco Bank plc played?...if the bank wasn't keen on getting him detained for as long as possible it takes to get him to own up, would the police have acted the way they did?...these and others are vital questions that will aid umasking the main actors in Babatunde's death'

The 'team justice for babatunde' are currently working round the posers to ensure their late friend's death is not 'just one of those things'.

The deceased was barely 3yrs into his marriage with a 2yrs old child and 7months old baby at the time of death.

He died in  the Falomo Police Division, Lagos State while his father, mother, younger brother and lawyer ran around to perfect his bail condition.

After notifying the Governor of Lagos State, Mr Babatunde Fashola on social media twitter, The 'team' had initiated moves to officially inform the state Chief Executive of the fate that befell his name sake- as part of moves to secure justice.

They are working on the premise both the Police and Eco bank are culpable in the death of Babatunde Oke.

Reports monitored on The Punch however threw up these more conflicting positions on Babatunde's death.

Bank Spokesperson, Austin Osokpor maintains  'In every organisation, if there is a case of theft, the first thing is to call the police. It is unfortunate this has happened because he was our colleague. But right now, the bank will wait for the autopsy to know what exactly killed him'

Police mouth piece Ngozi Braide, explains 'The man was brought to the station by Ecobank around 9pm on Wednesday, that he stole N2.8m from the ATM. It was after they took their stock that they discovered he made away with the money. He admitted in his statement that he collected the money on different occasions.

He begged that he did not want the matter to be taken to court.

'The following day, his parents came and promised to pay. The bank also accepted the arrangement. While they were there in the station, he requested a bottle of Pepsi and they bought it for him. He used his seat to open the drink, and did not allow anybody to open it for him. The next thing that happened was that he slumped. His father, mother and brother were all there. Everything happened in their presence. He was rushed to the hospital, where he was confirmed dead.'

His mother, Alhaja Sidikatu Oke however offered a contrary explanation

'Three of us went to the police station that Thursday to perfect his bail – his father, his younger brother and I.
The police brought him to see us. We chatted and he advised me to get the lawyer who would perfect his bail on time because he was being disturbed by mosquitoes in the police cell.

“I assured him that everything would be okay. I called a lawyer that I had contacted on the telephone, who said he was on his way. My son even spoke with the lawyer on the phone. We had N200, 000 with us that day and we wrote an agreement on how we would complete the payment of the N1.2m.

“The lawyer told us on the phone that we should get additional money that we would give to the police. So, we went outside to get the money from the ATM. On coming back, we decided to stay outside pending when the lawyer would join us.

“While standing there, his brother saw an ambulance and he called my attention, saying he sighted his brother lying down in the bus. I said it was impossible because we had only chatted a few minutes back.”

She said Babatunde’s brother rushed after the ambulance, forcefully entered it, and after he confirmed that the person in the vehicle was indeed his brother, went with them to wherever they were taking him.

The bereaved mother told our correspondent that she entered her car and trailed the ambulance to the hospital.

“I also called him (Babatunde) as I was following them. He was screaming, ‘I’m dead, mummy, I am dead, please come’. When we got to the police hospital, the first question the doctor asked was, ‘What drip did you give him?’

“One Sergeant Adebayo then said it was Coke they gave him. I said how possible was that? He never told me he needed a drink when I was with him. His shirt was soaked with blood and he was foaming in the mouth.' 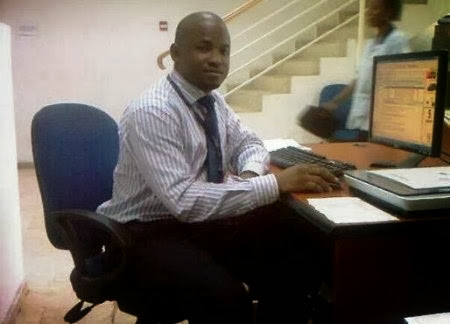