A heavily guarded secret has been unveiled. 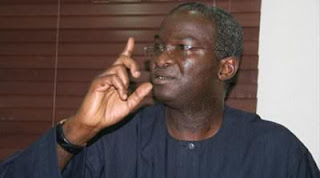 Immediate past governor of Lagos state, Babatunde Fashola has been revealed as the mystery father of Biodun Macgregor’s much talked about twins. 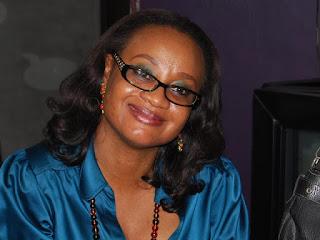 At last the secret is out, as it always must come in the end. The luscious story is ripe to tell to the intimate friend and confidant, career gossip and ever inquisitive reader. Over cognac shots and walnuts, tea-cups and sweets saucer, incensed wit may triumph and the tongue may have its desire; still waters run deep, dear readers, there's never smoke without fire. Few weeks after The Capital broke the news of Biodun Macgregor's newborn twins and their mystery father, your favourite investigative magazine hereby reveal that the father of Biodun's twins is none other than immediate past Governor of Lagos State, Babatunde Fashola.

 Fashola, contrary to widespread perception about him, is indeed no immortal idol after all. Like the middling man next door, the former Governor of Lagos State craved Biodun's rosy cheek; he admired her coral lips, and driven by his lust for the spark of her star-like eyes, Fashola threw caution to the winds and ignored the proverbial wisdom of the 'raincoat' or condom if you like, as he severally quenched his libidinal fires, amid the ample bosom and thighs of Biodun, the daughter of Macgregor.


Thus Fashola plunged blind into the ravishing Lagos State civil servant love chasm, filling it with seed thus putting paid to the myth about the extreme lack of mirth and groove in his life.
Behind the steely, plain-speaking demeanour that has become identifiable with him, the former governor who recently completed his second term in office, is undeniably soft and pliable  inside, particularly to members of the opposite sex. There are women who make his heart flutter and palpitate uncontrollably with passion. One of them is Biodun Mcgregor.
Biodun who works with Lagos State Government, is one of those ladies whose presence illuminates the social scene. Pretty and conscious of it, Biodun methodically milks her beauty to advantage, particularly in extorting men of her most pressing wants. Sometime back, Biodun got pregnant and delivered a beautiful set of twins and all fingers pointed in the direction of a popular governor. In the wake of the incident, Biodun's fortune turned for the better, and the world grew cozier and more amenable to her desires, like a garden grown to full bloom. And the reason is not far-fetched.
No sooner did Biodun put to bed than the former governor dipped into his very deep pockets to spoil her silly with gifts of money and expensive possessions. Speculations abound that it is likely he marries her as his second wife; if he decides to do so however, he wouldn’t be in the wrong as his Islamic faith allows him to have more than one wife, argues a very source close to the governor.
The former governor is notable for his generosity with women. Ask any woman that has been fortunate enough to cross his path, especially a famous diminutive fashion designer who was divorced by her husband years ago; the testimonies are endless. Besides Biodun, Fashola allegedly keeps a bevy of concubines. At the mere mention of his name, the faces of his women break into infectious smiles, their hearts melt and a silent laughter dance on their lips. They would give anything to sustain his love and generosity.

thecapital
Posted by MAN ABOUT TOWN at 6:14 AM