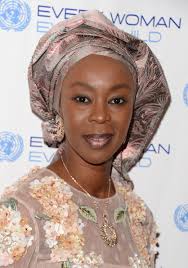 Toyin, the wife of Senator Bukola Saraki has refused to make peace with her husband’s sister – Gbemi. 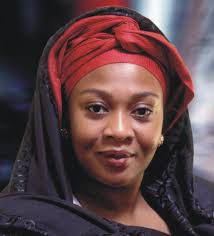 This is even if continuous enmity with her sister in law puts hubby’s political gains at risk.


The persistence of malice, in family squabbles to be precise, is mainly the result of a vast mass of habitual, petty malevolence, egotism, recklessness, and trivial gaffes. Only a residual fraction manifests from thought and superior intellect. However, malice, like a game of poker is a match for equals; you don't play it with an opponent who is manifestly inferior to you. But Toyin, wife of All Progressives Congress (APC) chieftain, Bukola Saraki, could hardly care if the object of her malice, Gbemisola Saraki, her sister-in-law, is her inferior or equal.

Even though her husband and his sister, Gbemisola, has settled the protracted rift that almost tore their filial ties to shreds, Toyin has refused to warm up to her sister-in-law. Rather she has renewed her hatred for Gbemisola with renewed vigour.

Long before the death of late Olushola Saraki, their family patriarch and the Waziri of Ilorin, there had been an unending feud between his two eldest children, Bukola, who was then the governor of Kwara State and his sister, Senator Gbemisola. 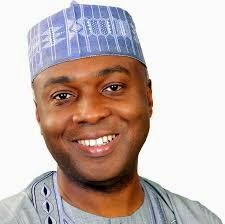 The dispute between the duo started off when Gbemisola declared her interest in the governorship seat of the state, an ambition that would enable her succeed her brother, Bukola, if she had won. While the late Waziri of Ilorin, their father supported Gbemisola's gubernatorial ambition, he withdrew his support for his older son, Bukola, who was seeking a second-term in office at the period. Gbemisola eventually contested for the seat on the platform of the Allied Congress Party (ACP).

This simmering war between the late Waziri’s children dragged on until his death and during the one year memorial service of their late father as Gbemisola and her other siblings, Tope and Laolu, distanced themselves from their brother Bukola. It became glaring even to outsiders that the siblings were at war as they left immediately after the memorial service held for their late father, in a chartered flight, leaving Bukola and his guests at the venue.

However, even though Bukola and Gbemisola have settled their differences, Toyin, Bukola's wife, has refused to bury the hatched; she is still pounding the drums of war, even as you read.