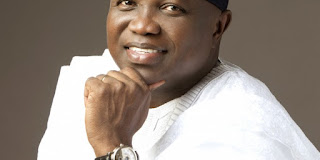 The Governor of Lagos State, Akinwunmi Ambode, on Monday, 1st June, 2015, removed two heads of the state agencies and ordered immediate audit of the accounts of the affected government agencies.

Thegazellenews.com learnt exclusively that the Governor announced the removal at a meeting he held with heads of government parastatals in the state on Monday, 1st June, 2015 at the state House, Alausa, Ikeja.

The affected heads of parastatals are: Gbenga Akintola of the state Public Works Corporation (LSPWC) and Mrs. Adenike Adekanmbi of the Office of Facility Management and Maintenance (OFMM).