Oil man, Kola Karim has acquired an ‘airport’ of his own. 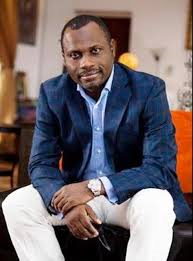 And he  is about to put it to commercial use.

The sale of the airport was said to be part of the strategic review of Shell’s operations in the eastern Niger Delta. The oil major had sold some of its oil blocks and interests in the area as part of the general divestment plan. The completion agreement for the deal was signed at Shell’s office in Marina, Lagos on March 4 and was witnessed by the Managing Director of Shell, Mr. Osagie Okunbor, and the Group Managing Director, Shoreline, Mr. Kola Karim.

Prior to construction of the airport, a small airstrip at Osubi had been created next to a congested part of the city of Warri in the 1960s. The runway of the airstrip was approximately 0.7 kilometres in length. There was a small terminal building and an aircraft hangar. Small charter aircraft of Aero Contractors and other firms provided services to the airstrip from Lagos
Posted by MAN ABOUT TOWN at 2:27 AM