An adultery scandal is rocking the Anambra government house. 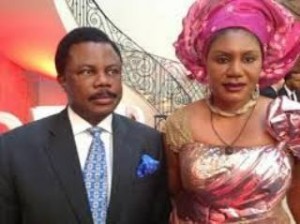 And at the centre of the extra marital mess are Governor of the state, his wife and speaker of the state house of assembly.

If the Information coming from the goverment house Awka by our under cover reporter is anything to go by, then Hon Chinwe Clare Nwebili, the Speaker of the Anambra state House of Assembly will likely not be sworn in next week as a commissioner.

The secretly suspected love affairs between the Governor and the Speaker, reportedly blew open on Monday, 1st of June at the Lodge, Amawbia.

Hon Nwebili is a commissioner designate, and could have been sworn in by next week, but it was learnt that Osodieme has moved in to stop her swearing in. Madam speaker is now running around pleading with those close to her to ask the first lady for forgiveness. 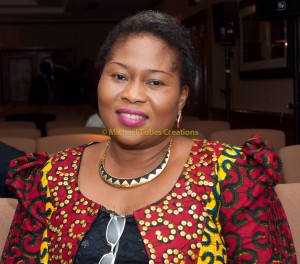 In her word she exclaimed, “Nwebili upon everything I did for you, is this how you pay me back”?

The governor is also begging madam to forgive.

Immediately, He knelt down and begged to calm his charging wife down, but she was uncontrollable, to the point that close aides came in and witnessed what was going on. Even those they did not witness were divulged by the offended Madam, who said to her husband, ‘Nkita, do you think that kneeling down to beg me will solve the problem?”

Highly temperamental wife said “look at me, look at my body, how would you compare it to the Speaker na ekeni gi amu”

He had in the past joked about the Speaker’s waist. He also made his son his Special Adviser.

Turning to the Speaker, she said “foolish woman. That your husband is dead is not a license for you to be promiscuous, at least not with my husband. I did everything for you but is this how to pay me back? You want to become a Commissioner, now take it from me that it will be over my dead body.”
Speaker has reached out to many people to intervene saying it was just two adults trying to be silly for a moment and not to be taken seriously.
Ogbuefi blogs
Posted by MAN ABOUT TOWN at 11:36 AM