The marriage of celebrity and motivator, Toke Makinwa is on edge. 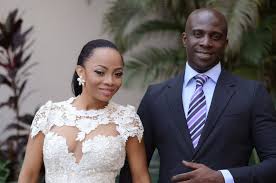 Husband’s supposed ex lover, Anita Solomon is pregnant for him. 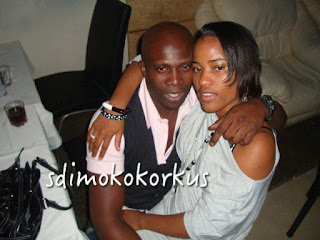 'According to insiders Anita who is Half Lebanese,half Calabar,lawyer and runs a beauty salon in Calabar has been in a relationship with Maje for the past 8years but broke off with her briefly to get married to Toke.

The insiders say that Maje who is the sole sponsor of her multi million salon in Calabar has been making trips to the state to visit her.

''Stella it's so true!!!!!!!! 100% confirmed. Anita is in UK to have Maje's baby. I visited her Aunty and they confirmed she's pregnant for a married man from Delta,one Maje.They are so disappointed in her because he left her and got married to Toke and came back to side chick her.Family say they dated for about 8years....''


I hear that Maje has allegedly confessed to Toke and begged for forgiveness but i do not know what goes on after that....

I am so broken by this news and i dont know what else to add..'

stelladimokokorkus
Posted by MAN ABOUT TOWN at 8:24 AM