‘It Is False, Never Occurred’ Stanbic IBTC Downs Story Of M.D’s Walk Out Of Investment Meeting With Gov Okowa 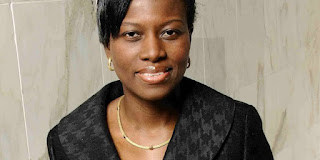 The management of Stanbic IBTC has reacted to story making the rounds that the Managing Director, Sola David – Borha was walked out of an investment meeting by Governor of Delta state, Ifeanyi Okowa.

In a statement signed by communications manager, Usman Imana the bank asserted ‘We would like to emphasize that the story, as it pertains to Mrs. David-Borha, is false, as the incident reported never occurred’

Naijacelebrities.net had earlier featured a trending report that detailed how the bank boss was spurned by the delta state governor while attempting to get his administration interested in some business ideas.