There is a raging storm in the Lagos state House of Assembly over reported choice of Honourable Mudasir Obasa as the new speaker. 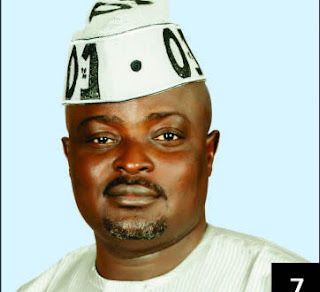 The ongoing crisis is believed to likely force a shift in the inauguration ceremony fixed for today.

Trouble has erupted in the Lagos State House of Assembly over the selection today of Honourable Mudasir Obasa as the new Speaker.

Reports reaching us indicate that some members  from the majority All Progressives Congress (APC), have staged a protest demanding that Obasa should step down.

The drama is causing tension in the Chambers and now party leaders are at a loss on their next line of action.

Informed sources stated that Hon. Obasa who is backed by many ranking members including Hon. Adebayo Oshinowo is accused of being an indigene of Ogun State, and Honourable members of Lagos Island and others in the Lagos Central Senatorial District are leading the protest.

As a result of this development, the inauguration of the Speaker and other Principal Officers that was scheduled for tomorrow has been postponed till Monday to enable a resolution of the crisis.

Hon. Obasa a ranking member was nominated for the position and subsequently the nomination was  agreed seconded and then approved by other legislative members.

Hon. Obasa was Chairman of the Assembly Committee on Budget and Economic Planning. He has been elected for the fourth time in the Lagos State House of Assembly.