First Bank Boss, Bisi Onasanya Bows Out In A Wave Of Sexual Allegations


That First Bank boss, Bisi Onasanya is preparing to leave office is no longer news, but what is new is the fresh report of sexual allegations about his floating about. 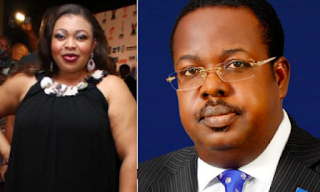 It was allegedly gathered that Bisi Onasanya is such a randy individual who enjoys sleeping with girls/ladies in his office. Similarly, Naijahottestgist gathered that Mr. Onasanya finds so much pleasure having sexy with ladies who are quite bulky and busty.

Similarly, it was alleged that he also enjoys dating actresses. One of the actresses he was alleged to have dated is Jennifer Eliogu. In fact, it was learnt that his sexual relationship with this actress was responsible for the breakup of her marriage, though there are indications that the said actress, Jennifer and the First Bank boss are presently not very close.

Our reliable source also revealed to us that Mr. Bisi Onasanya is a heavy spender. We also gathered that the First Bank boss has been able to keep his extra-marital affairs secret because he has a strict principle of dating one lady at a time. Also, he makes it a rule for himself never to date any lady working in any of the banks he works. However, this rule is exempted to Youth Corps members, who Mr. Onasanya considers sweet and marvelous in bed. Besides, according to him, they are not permanent staff members.

In the same vein, it was gathered that Mr. Onasanya has two guest houses in Ikoyi and Lekki of Lagos State. He would be retiring by December, this year.