Bishop Mike Okonkwo is currently undergoing investigation by British authority courtesy of the activities of his Trem’s charity. 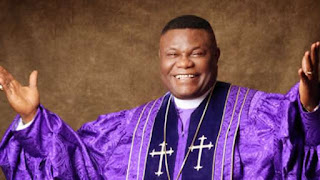 On 20 September 2013, the Charity Commission (‘the commission’) opened a statutory class inquiry (‘the inquiry’) into charities that were in default of their statutory obligations to meet reporting requirements by failing to file their annual documents for two or more years in the last five years and met certain criteria,
including that:

• the charities were recently (or in the case of charities that would become part of it in due course,
would be) given final warnings to comply by a specified date
• on the day after the specified date they were still in default (partially or otherwise)

At the point a charity met the criteria they would become part of the inquiry. The commission started by looking at and sending final warnings to charities with a last known income over £500,000 and then moved on to those over £250,000 and other high income charities.

Issues under investigation
The charity failed to submit its annual accounts and reports to the commission required for the financial years ending 31 December 2012 and 31 December 2013. During the whole period of default, the charity was sent various computer generated reminders from the commission regarding the submission of their annual accounting documents. Although reminders were sent the charity remained in default of its obligations under the Charities Act 2011 (‘the act’).

The charity failed to submit its outstanding documents by the deadline and became part of the inquiry on 28 January 2015. The inquiry is confined to dealing with the trustees’ mismanagement and misconduct and remedying the non-compliance in connection with the annual accounting documents. The outstanding annual accounts and reports and annual returns for the financial years ending 31 December 2012 and 31 December 2013 were submitted on 27 February 2015.

According to the UK charity commission,the charity’s trustees were in default of their legal obligations to file accounting information with the commission. This was mismanagement and misconduct in the administration of the charity and a breach of their legal duties. As a result of the inquiry, the commission ensured the charity complied with its legal obligations to submit their annual accounting information. Two sets of accounts were filed and as a result over £785,920 of charitable income is now transparently and publicly accounted for on the register. The charity ceased to be part of the inquiry when it was no longer in default of its accounting obligations. This happened on 27 February 2015 when the charity filed the last missing documents
Posted by MAN ABOUT TOWN at 7:02 AM