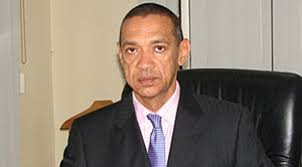 Senator Ben Bruce has donated his wardrobe allowance to unpaid workers in Osun state and widows in his constituency.

Ben Murray Bruce, a Nigerian senator representing Bayelsa East constituency, says he is donating his wardrobe allowance to unpaid workers in Osun state and widows in his constituency.

Bruce made this known on Wednesday while addressing Nigerians via Twitter over the heated N9 billion wardrobe allowance and subsequent clarification by the Revenue Mobilisation Allocation and Fiscal Commission (RMAFC).

“Now that RMAFC has revealed the truth, Nigerians must identify the source of the lie that we were to be paid billions as wardrobe allowance. The billions for wardrobe allowance lie unnecessarily heated the polity & distracted us. We should authenticate things before believing it,” he said.

“There is a Freedom of Information Law in place. The press should use it. Imagine the productive time we spent on the wardrobe allowance lie. I, Senator Ben Bruce, call on you to publicly publish our allowances. Truth and transparency are the best defence to lies.

“I, Ben Murray Bruce, will not sit down idly, while my fellow citizens die because salaries have not been paid. As a first step, I am immediately donating my wardrobe allowance to unpaid workers in Osun state and widows in my constituency.”

He urged his friends to help by donating food items to other Nigerians in need. “We are starting in Osun, but we will not end there. I will do as much to help workers who’ve not been paid in other states. I call on all my friends and followers on Twitter and Facebook to donate NON PERISHABLE food items for these our brothers in need.

“As soon as my wardrobe allowance is paid, I will divide it into two. Half will be publicly given to the NLC Chairman Osun. The other half will be publicly given to the head of widows association in my community of Akasa.” Osun state workers have not been paid for over seven months, with Rauf Aregbesola, the state’s governor promising to pay them before the end of June