The  Federal House of Representatives has thrown out a report that clears Ex Petrol Minister, Diezani Allison Madueke of wrong doing while in office. 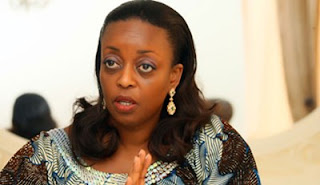 The House of Representatives yesterday shoved aside the report of an Ad-hoc committee which probed an alleged involvement of the Former minister of Petroleum Resources, in shady deals.

The report was compiled by the Muraina Ajibola-led Ad-hoc committee and contains three recommendations which didn't see any wrongdoing by the Former minister.

The investigation was aimed at uncovering the truth about the alleged shady deals involving the Hon. Minister of Petroleum Resources, the Nigerian National Petroleum Corporation (NNPC), the Nigerian Petroleum Development Company (NPDC), Shell Petroleum Development Company (SPDC), Atlantic Energy Drilling Concept Ltd, Septa Energy Ltd and any other entity with respect to the Farm-out or Allocation of Oil Mining Leases (OMLs) 4, 26, 30, 34, 38, 41 and 42 respectively.

Legislators blocked moves to consider the recommendation of report as was announced. by the Presiding Deputy Speaker, Emeka Ihedioha.

On first attempt, Ihedioha put the question as to whether the House should consider the report but was met with a nay vote out-sounding the ayes.

Determined to achieve a consensus and clarity on the matter, Ihedioha again put the question and there was a resounding nay in rejection of the report.

The three recommendations in no way met the expectation of many law makers who had hoped for an indictment of the former minister known for the controversial manner in which she ran the Ministry during the reign of former President Jonathan.

The recommendations include:
(i). That operators in the industry should deliberately encourage openness/transparency in their operations;

(ii) That companies involved in the Petroleum Industry should be required to ensure timely dissemination of information regarding their transactions, especially those involving Government Agencies and Corporations as this would forestall suspicions and sentiments of having been cheated that are always bound to arise in circumstances where a section of the relevant stakeholders in the industry are left in doubt as to transactions in the industry;

(iii). That a clean bill of health be given to all the parties involved in this transaction as the entire transaction conformed to all the applicable laws.
Posted by MAN ABOUT TOWN at 3:44 PM