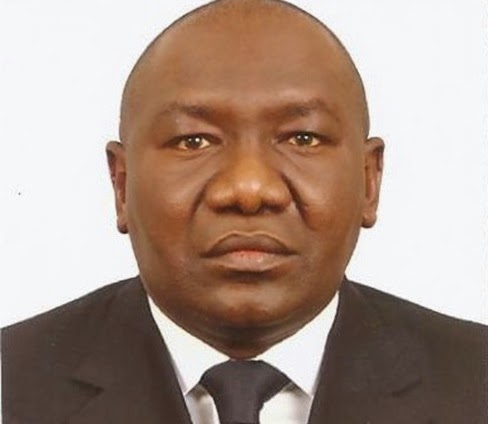 Money man, Ben Peters is making frantic efforts to cover his tracks in myriads of shady deals involved with petroleum minister, Diezani Madueke as the jonathan government winds down.

So many ills have rocked the world of Benedict Peters, the chairman of Aiteo but he has remained stoic and undaunted. How he is going to survive the groundswell of rumours that he fronts for Diezani Maduke, the Petroleum Minister is the news doing the rounds now. Ben is currently on the run from the law over his alleged involvement in defrauding the NNPC with Petroleum Minister of sums amounting to billions of dollars.

Before General Buhari won the presidential election, he allegedly benefited from very lucrative oil deals brokered for him by the Petroleum Minister. The latter reportedly masterminded and profited from the oil deals for which she used Ben as a front. The duo was allegedly involved in several oil deals that ran into billions of dollars. Now, Ben has ran out of the country for fear of being jailed.

However, the exponential growth of his company, Aiteo Group, is one which has continued to confound competitors and industry watchers alike. Aiteo now trades over $11 billion worth of petroleum products. Aiteo beat several top names in the oil and gas industry to win and acquire an 85-percent stake in block OML 29 from Shell for $2.56 billion. The clock is reputed to potentially hold up to 2.2 billion barrels of oil and about 300 million standard cubic feet of gas, one of the most lucrative assets put up for sale by Shell and partners. Profiled by Ventures Africa as one of Africa's 54 Richest People, Ben is said  to be "rapidly diversifying. He has acquired three power generating companies in Nigeria for over $1.7 billion and is set to build a 100,000 barrel refinery in oil-rich Warri in Delta State. Ultra secretive and highly religious, Peters dislikes being photographed. He is assisted in his role as vice chairman in Aiteo Group by his younger brother, Francis Peters."

Born to a banker and a homemaker, Ben Peters grew up in a middle income family in the midst of other three siblings, Ben Peters is the founder and vice chairman of Aiteo Group. His ascension to his present height was achieved by no small means. He paid his dues by passing through a series of corporate tutelage of seasoned business tycoons whose excellence has continued to receive accolades of global dimension.

Having had a stint with Sayyu Dantata, founder and Chairman of MRS Holdings Limited (formerly MRS Group), his entrepreneurial teeth was cut his teeth in the early nineties working with the Aliko Dangote’s younger brother in the oil and gas business. His expertise in the downstream sector of Nigerian oil and gas industry would later be of immense benefits to the trio of Wale Tinubu, Mofe Boyo and Onajite Okoloko, who floated Ocean and Oil, then a downstream company which has grown to a global business concern in what is today known as Oando Plc, with listing in world’s most respected stock markets.

Ben had his eyes on the ball of the big scene. He was restless for big success and later left to float his own company, Sigmund Cummenicci, which operational focus was the downstream sector of the oil and gas business. And so he heavily invested in tank farms. Being what it has always been, the Nigerian business environment became stifling; then in no time, the bad times were here. Ben’s Sigmund Cummenicci ran into trouble waters when his debts far outpaced his earnings. Undaunted and undeterred, Ben was forced to restructure his operations and took every other step to reverse the misfortune.

Fortune then looked towards his direction and smiled on him. His efforts paid up after winning a trading line of $100 million from local banks. He went bullish and constructed a massive tank farm capable of storing 210 million litres of petroleum products. He was so grounded that not even the financial storm of global meltdown could shake him. Ben stood stoutly where other tested and weather beaten petroleum traders were swept by the storm.
Posted by MAN ABOUT TOWN at 12:08 PM