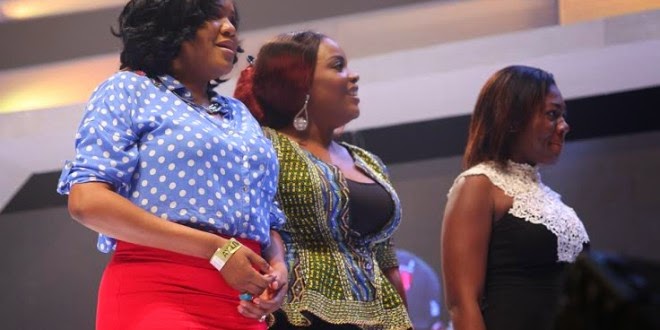 The celebrity actresses – Toyin Aimkhu – Johnson and Empress Njamah- drew the ire of fun lovers as they scrambled over iphone6 won at comedy show packaged by Ayo Makun.

Toyin Aimakhu-Johnson and Empress Njamah reportedly struggled over an iPhone 6 at the just concluded AY Live Show which held on Sunday at the Eko Hotel & Suites.

The elated actresses surprised guests by scrambling like children to climb on to the stage to collect their phones while a lot of boos emanated from the audience. Ayo Makun populary referred to as AY was reportedly displeased with their attitude and then scolded them in front of the audience for behaving like beggars.