Inside Details Why Role Model Cop, Taiwo Lakanu Was Redeployed From Ekiti State. 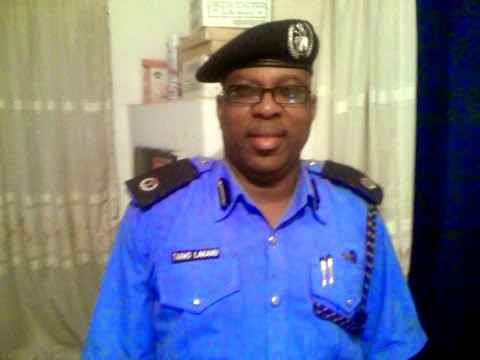 He is strong enough to keep the lid on his desires, to keep distractions at bay and to become a whole man in himself. Put differently, he is polished and well-rounded and could do the extraordinary, which makes him worthy of his post as Ekiti State Commissioner of Police. With his occidental drawl, Akogun Taiwo Lakanu would probably have fared well as a foremost broadcaster. However, what broadcast journalism lost has become the Police Force’s gain. The exploits of the Akogun of Lagos would not be forgotten so soon in Lagos, Delta and Ekiti. His enviable tact, humility, diplomacy and knowledge of statecraft have established him as an uncommon breed within the NPF. Little wonder the IG deems him one of the force’s most reliable and resourceful officers.

However, a few days ago, major online platforms reported that Lakanu was redeployed majorly because he backed an attack on the All Progressive Congress by affiliating with Governor Ayodele Fayose to attack 19 state legislators who were on their way to the legislative assembly to begin impeachment proceedings against the governor. It was alleged that Lakanu personally selected some rogue policemen led by one divisional police officer (DPO) on Mr. Fayose’s payroll to carry out the assignment of escorting the lawmakers to the state legislature to commence the process of impeachment.

The good and law-abiding citizens of Ekiti and some top brass in Police Force have debunked this report stating that it is an unjust attempt to rubbish the good work he has achieved in the force over the years. They further cleared the air by stating that he personally asked for a transfer and was not redeployed based on the media indictments.  Taiwo asked the IG, Suleiman Abba, for redeployment himself. The rumour doing the rounds beggars’ belief. According to a top police officer in the State, “The media should do a better job at making confirmations before making accusations. It is wrong to make that accusation without making proper findings. Taiwo Lakanu has served this country relentlessly and the slander done to his good name is simply unjust.”

Taiwo is undoubtedly one of the most outstanding police officers the country can brag of. On countless occasions, he has been rewarded for his tireless struggle to reduce crime rate in the country and has done his bid in promoting integrity in the police force. His constant deployment to various states in the nation is simply an attempt to spread his positive influence in the country and give other police officers the opportunity to work with him. He has never been involved in a controversy neither has he shown a lackadaisical attitude towards his duties as a police office.

“It came as an outright shock to read about Taiwo’s messy involvement with Fayose. He has always been an exemplary police officer and if you ask me, he will always be. He is a decent guy,” another top police officer contributed.
Posted by MAN ABOUT TOWN at 9:50 AM