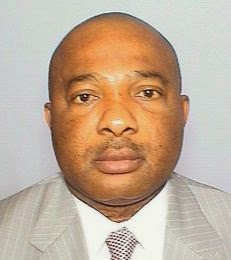 Senator Hope Uzodinma, his sister and uncle were Saturday arrested for electoral offences.

Senator Hope Uzodinma of the Peoples Democratic Party (PDP) was among some three dozen poll cheats arrested by the Nigerian police during the supplementary election conducted in Imo state today.

Premiumtimes said Uzodinma’s uncle and elder sister were also arrested.
However, while his uncle and sister were detained, Mr. Uzodimma was released on personal recognition.

In a show of lawlessness, Uzodinma’s supporters in the area set bonfires on the road to prevent the police from taking his relations away.

The police had to call for reinforcement from the army and officials of the secret police, the State Security Service before the bonfires and hoodlums were cleared and his relations carted away to be detained in the state capital, Owerri.

The polling in Imo state was charecterised by an assortment of irregularities, especially in Oru local council area.

Apart from Uzodinma and his relations, five ad hoc officials of the Independent National Electoral Commission (INEC) in Imo were also arrested for thumb-printing ballot papers.

The officials were arrested at Omuma Primary School in Oru East local government following an order by Mr Mike Igini, one of the resident electoral commissioners deployed to Imo for the election.
The Resident Electoral Commissioner in Imo, Dr Gabriel Ada, who confirmed the arrest, said that the officials were already in police custody.

Ada said the ad hoc workers connived with agents of a political party to thumb-print ballot papers leading to their arrest.


In the same vein, the election has been cancelled in Ozuh Primary School, Omuma following the arrest of 25 persons claiming to be INEC officials by military men
Posted by MAN ABOUT TOWN at 5:12 AM