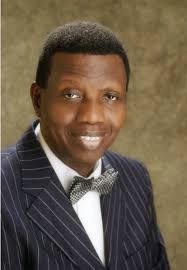 Not less than three pastors of the Redeemed Christian Church of God risks jail term.

The United Bank for Africa Co-operative Multipurpose Society Limited has commenced a contempt proceeding against the Registered Trustees of the Redeemed Christian Church of God for allegedly disobeying an order of the court.

The cooperative society, on Tuesday, served the RCCG trustees with Form 48.

Form 48 is served on any party, who fails to obey an order given by a court of law. If found guilty of treating the court with contempt, such an individual or group is liable to being committed to jail.

Listed as the alleged contemnors, who risk being jailed, are Pastor Peter Adeyemi, Pastor Akanni Babawande, Chief Babatunde Ojelade and others.

The UBA cooperative society had sued the Registered Trustees of RCCG, alleging unlawful invasion of its land with Survey Plan No. OG/854/2013/60.

The land, measuring about 30 acres, is located at Ewu Odofin Village in the Sagamu Local Government Area of Ogun State.

The UBA cooperative society had, on April 1, 2015, secured an order of interim injunction from an Ogun State High Court in Sagamu, stopping every form of construction on the said land under dispute.

The presiding judge, Justice E.O. Osinuga, had restrained the RCCG trustees from further going ahead with their on-going project on the land till the issues in the lawsuit, marked HCS/01/2015, would be resolved.

Lawyer for the cooperative society, Mr. Yemi Omodele, however, claimed that in defiance to the order of the court, the defendants had continued to build on the land.

In its statement, the cooperative society claimed to have purchased the said land from the Olowoto-Olisa chieftaincy family of Ewu-Odofin Village, pursuant to a deed of assignment dated December 12, 2014.

It, however, alleged that agents of the defendant, sometime last year, unlawfully invaded the site and demolished, among other things, the perimeter fence, security house, 10 buildings under construction, three boreholes, and water tanks, all estimated at N30.6m, belonging to members of the cooperative society.

In its papers before the court, the claimant said it was not aware of any existing dispute over the land before purchasing it last year, adding that a preliminary check it conducted at the Ogun State Lands Registry in Abeokuta, before making payment, showed that the land belonged to the Olowoto-Olisa chieftaincy family.

The claimant’s lawyer, Omodele, is contending that the alleged demolition of his clients’ property was unlawful and done in bad faith and asked the court to declare same as illegal and unconstitutional.

He had sought a declaration of the court that his client was the legitimate owner of the land.

The claimant further sought an order of the court compelling the defendant to restore the demolished property and pay damages in the sum of N150m.

While making the interlocutory injunction, restraining RCCG from going ahead with any construction work on the land, the judge, Osinuga, noted that though the church was served with all the court papers, it however failed to respond or enter any appearance in court.

But the court said it would not go into the merit of the case.