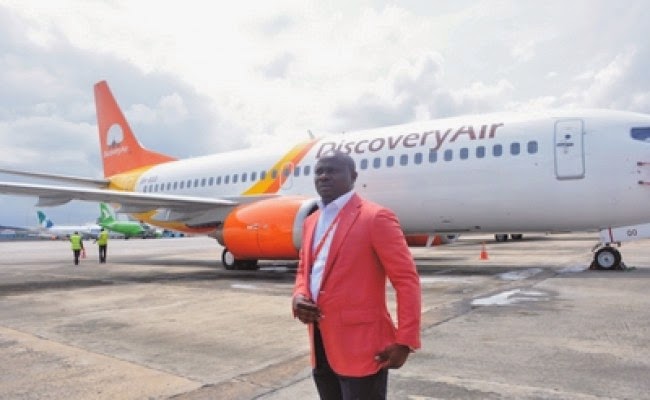 Suspended aviation  company with friends of many, Tunde Babalola has resumed operations.

The ban earlier placed on Discovery Air has finally been lifted by the Nigerian Civil Aviation Authority, NCAA.

In a letter sent to management of the airline, the Director-General of NCAA, Captain Muhtar Usman, said Discovery Air can now resume its operations at the nation’s airports.

NCAA pointed out that the decision to restore the operations of the airline was reached after the satisfactory conclusion of a Financial Health Audit of the airline.

The agency noted that the management of the company had demonstrated encouraging commitment to offset the outstanding salaries of its members of staff by April 30, 2015, adding that all staff earlier sent on compulsory leave without pay have been recalled by the airline.

“Therefore, in consideration of all the actions taken by the airline to address passenger complaints, the authority, pursuant to Section 35(6) of the Civil Aviation Act 2006 hereby lifts the suspension of, and restores the Airline’s Air Operators Certificate with effect from the date of receipt of this letter,” stated the NCAA.

The NCAA had announced the suspension of operations of Discovery Air in January 2015 following some issues in the airline.