Minister for trade, Segun Aganga is trouble with the Presidency. 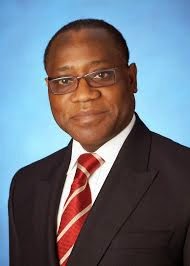 Investigations have revealed that the current Nigerian Minister of Industry, Trade and Investment, Mr. Olusegun Olutoyin Aganga pocketed a huge amount of money meant for the reelection bid of President Goodluck Ebele Jonathan.

As the Minister in charge of Industry, Trade and Investment, President Goodluck Jonathan had considered Mr. Segun Aganga the right person to generate funds from the Cooperate Nigerians and Organizations for the purpose of boosting the financial status of Goodluck/Sambo Campaign Organization to actualize the reelection ambition of Mr. President and his vice.

Mr. Aganga was mandated by the President to talk, on his behalf, to those wealthy individuals and organisations to give their financial supports to him towards actualizing his second term ambition in office. However, it was reliably gathered that Mr. Aganga did carry out this assignment, but only for Mr. President to discover after the election that the higher percentage of the funds had been pocketed by Mr. Aganga. President Goodluck Jonathan feels really bad because he believes the failure of Mr. Aganga to remit the funds he had sought for on behalf of the party and him was also a contributing factor for his defeat.

In the same vein, the information gathered from a reliable source is that both Mr. Aganga and President Jonathan are not presently in good rapport as Mr. President strongly feels and believes that Olusegun Aganga is one of the many betrayers of PDP and Mr. President who have intentionally and indirectly jeopardized his reelection victory.


It would be recalled that Olusegun Aganga has always been one of the beneficiaries of the PDP led government since 2010. He was first nominated by General Olusegun Obasanjo and appointed by President Jonathan as Minister of Finance from 6 April 2010 to June 2011. Then in July 2011, Aganga was redeployed by the President to the new Ministry of Trade and Investment.