All the accounts of defeated senatorial candidate, Uboh – Ogunkoya have been frozen. 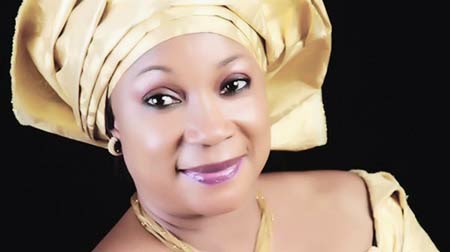 And this development comes on the strength of a court order.

Justice Yunusa Mohammed of the Federal High Court in Lagos, capital of Lagos State, has ordered eleven Nigerian banks to freeze the accounts of a former female member of the House of Representatives, Doris Uboh-Ogunkoya. The court order arose from a lawsuit filed against Ms. Uboh-Ogunkoya by Sterling Bank Plc, alleging that she and her company had defaulted on a substantial loan. The lawsuit, which was filed by Dada Awosika on behalf of Sterling Bank, also lists the former legislator’s company, Dagasteel International Limited, as co-defendant.

Ms. Uboh-Ogunkoya was a House of Reps member from 2007 to 2011. She also ran unsuccessfully as a senatorial candidate of the Labor Party in the March 28, 2015 elections.

An affidavit by Mr. Tunji Bajowa, an official of Sterling Bank, disclosed that Ms. Uboh-Ogunkoya and her company received loans of $1,600,000 and N100 million to finance a contract awarded to Dagasteel by different bodies, including the Shell Petroleum Development Company (SDPC), the Nigerian Ports Authority (NPA), and the Pipelines and Product Marketing Company Limited (PPMC). Sterling alleges that both Ms. Uboh-Ogunkoya and her company did not service the loans.

In addition, the judge issued an interim order restraining the registrar of titles in Lagos and Delta states as well as the director of lands in Abuja from releasing any funds to the defendants connected to the SPDC and NPA contracts.

The lawsuit disclosed that the former legislator provided three parcels of land in Agbor, Delta State, Ajah, in Lagos State, and in Abuja as collateral to secure the loans.

Sterling Bank’s lawsuit added that it faithfully disbursed funds from the credit facilities to the defendants, but added that Ms. Uboh-Ogunkoya and her company never paid back when SPDC paid them for the contract.

The lawsuit accused the defendants of refusing to respond to the bank’s inquiries about the progress of the contracts, adding that the former legislator used the payments she received to fund her 2015 senatorial race.

Sterling Bank alleged that the legislator and her company had rebuffed numerous efforts by its officials to obtain repayment of the credit facilities. It accused the two defendants of striving to evade their obligations to repay the loan taken Sterling Bank.

‪Among other reliefs, Sterling Bank wants the court to order the defendants to pay $1.77 million and N117 million naira which are the outstanding values of the loans it extended to the former legislator and her firm
Posted by MAN ABOUT TOWN at 2:52 AM