‘I Appeal To Them To See This As A Serious Challenge To Their Existence And Survival And Be Ready To Fight For What The Constitution Guarantees Them – Their Right To Choice’ – Musiliu Obanikoro Reaction To Death Threats Issued To Igbos By Oba Of Lagos If They Refuse To Vote APC Guber Candidate, Ambode. 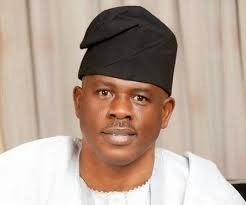 Minister for Foreign Affairs, Musiliu Obanikoro has reacted to reported death threats issued to Igbos by the Oba of Lagos, Rilwan Akinolu if they refuse to vote for APC Candidate, Akinwunmi Ambode.

Minister of State for Foreign Affairs, Senator Musiliu Obanikoro, has condemned in very strong terms, the death threat reportedly issued by the Oba of Lagos, Rilwan Akiolu on the Igbos living in Lagos, saying such habitual intolerance is not a character trait of the quintessential Lagos people.

A bewildered Obanikoro, while appealing to the Igbos not to generalise an average Lagosian with Akiolu’s deliberate intolerance for obvious political reasons, contended that the monarch has shown unambiguous biases despite his place as a custodian of the Lagos traditional institution.

Particularly worrisome, Obanikoro noted was the fact that “such premeditated and needless hostility could pit the non-indigenes against the Lagos indigenes”, a situation he claimed has never been so in the state but “designed for a failed political reason.” 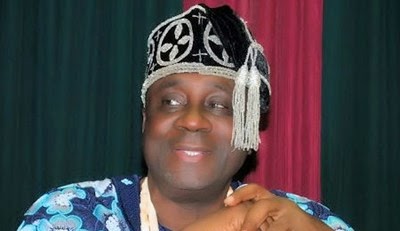 While appealing to the Igbos to ignore such threat that tampers with their right to choice as Nigerians and stakeholders in the state’s body polity, Obanikoro said what happened at the Oba’s palace was an eye-opener for the Igbos to make an ideal choice on Saturday during the governorship poll.

“These people have not only become arrogant with power, they are gradually becoming despots. This is who they are. If an individual lays claim to not only handpicking a governorship candidate but alluded to also owning Lagos as it were, the Igbos should know what such a statement portends for them as a people sinisterly regarded as strangers.

“This was the same manner some Igbos were packed like spare parts and dumped somewhere in Anambra State about a year ago by the APC government regardless of where each person came from. They constantly shutdown their stalls at the slightest provocation in the state; they levy heavy taxes on them and subject them to all manners of molestation because they think they own Lagos. And now, they are threatening them with death and attempting to undermine their right to choice,” he said.

The minister who called on every patriotic Nigerian to condemn the statement noted that similar threats were issued by the APC-led government to civil servants in Alausa through the Head of Service in the presence of one of his predecessors, Hon Yakubu Balogun, representing Lagos Island II in the House of Representatives, but noted that, “All these intimidations and harassments will fail.

“But only the Igbos and well meaning Lagosians (indigenes and non-indigenes) can put an end to this undeserved and ugly treatment from a government in their own country when they are not second class citizens. An opportunity therefore avails itself this Saturday at the governorship poll. By simply voting right, the Igbos can bid the APC nightmare a final goodbye and a new lease of life will be theirs. 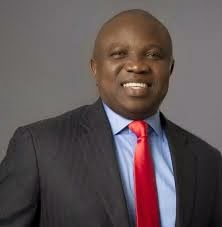 “I appeal to them to see this as a serious challenge to their existence and survival and be ready to fight for what the constitution guarantees them – their right to choice. No one, no matter how highly placed can deprive them of this right but themselves. It is apparent that CHANGE is due and imminent in Lagos and the Igbos can choose to be part of history this Saturday.”
Posted by MAN ABOUT TOWN at 10:18 AM