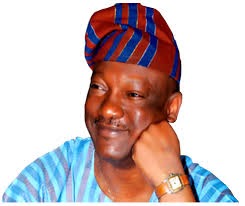 The Whistle has exclusively obtained information from an Independent Situation Room tagged “United Mandate 15″, an affiliate of the Jimi Agbaje campaign organization on the use of sophisticated drones to monitor elections in Lagos today.

The operation will cover strategic areas of Interest given as Surulere, Alimosho, Ifako Ijaye, Agege and Ibeju Lekki and others which will be under the radar.

The Whistle also received eye witness accounts of drones hovering around Bode Thomas street, Surulere and other parts of the National Stadium and the INEC Office at the time when electoral materials were being dispatched.


The United Mandate 15 also said that a similar process is ongoing in Abia State as they are set to make votes count for the Mr. Jimi Agbaje of the Lagos PDP and Mr. Alex Otti of APGA Abia
Posted by MAN ABOUT TOWN at 5:32 AM