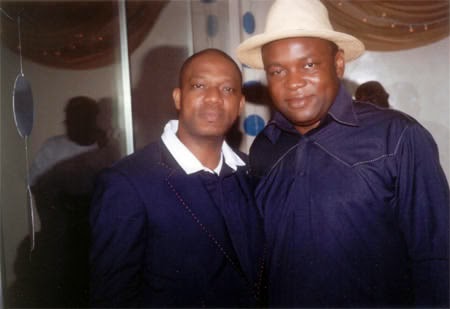 And the objective is to align with the incoming government at the Federal Level in other to secure vast deals undertaken with under the regime of outgoing government of President Goodlcuk Jonathan.

According to a report, the fortune-hunters that misled President Goodluck Jonathan have begun to desert him even after they gobbled the feed with the cart and the left-over. Its four years since 2011 when he took over and Nigerians are passionately retracting heart-felt paternosters they made for his sake; it is only Jonathan out there, only him in the cold. They have all dumped him like a bad habit.

Tope Sonubi is better known as one-third of the Sahara Energy triumvirate including Tonye Cole and Ade Odunsi. Tope is arguably one of those alpha-males who refused to be daunted by their limits and the lure of easy money. Starting out life as a taxi driver in London, Sonubi soon met a top shot of the Nigerian National Petroleum Corporation, NNPC, Alhaji Haruna Abubakar, who would make Tope his choice driver whenever business or pleasure brought him to the Queen’s Land.

A brilliant young man with a clinical business vision and uncomplicated moral background, he soon became an intellectual sparring partner of Abubakar who would later invite him back home. From that point on, his life became more meaningful. He was introduced into the oil business and started selling to a number of companies including Wale Tinubu’s OANDO. Business was good and before long, Tope became a looming fixture among the jet set and bourgeoisie, the powerful and popular.  Then, in 1996, alongside Tonye and Ade, they started Sahara Group which incubates companies like the Sahara Energy Field, Sahara Gas, Sahara Farms, and Sahara Trade and Sahara Bulk Storage Facilities among others, all of which have their core fields of endeavour centered within the oil and gas industry and its associated sub-sectors.

Like a newborn baby who exposes the identity of their mother, Sahara Energy has now put Tope and his associates on the front burner of national discourse. Months ago, a news report titled Swiss Traders’ Opaque Deals in Nigeria released by Swiss non-governmental advocacy organisation, the Berne Declaration, has detailed how Sahara Energy was involved in the plundering and subverting of revenues from Nigeria’s crude oil. Sahara Energy, which Switzerland subsidiary is at 7, Quai du Mont-Blanc, Geneva, has been requested by the Nigerian authorities to refund N6.034 billion ($37.55 million) of subsidies unless a ‘credible explanation’ can be provided on the subject of these transactions. The report also states that Sahara Energy is entirely unable to justify a bank statement showing another $33.7 million while it is among the companies that have not imported the quantities that they should have continuing their importing activities with flagrant impunity. While this is bad enough for a man of Tope’s moral standing, it has not however detracted from his meteoric rise to the top. Interestingly, Sahara management came out to debunk the acerbic reports and dissociate itself from the said reports. We all believed them.

Now that the power is about to change, and the no-nonsense Gen. Muhammudu Buhari is set to take over come May 29th, businessmen of all hue have been trying to reach out to him to temper justice with high degree of mercy, through Dr. Wale Tinubu, Oando head honcho. Whether Tinubu will help them with the peace meeting, or not, only time will tell.


By Según Sanni
Posted by MAN ABOUT TOWN at 1:57 AM