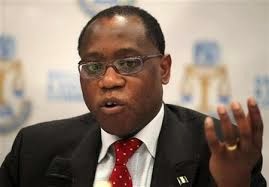 Minister of Trade Olusegun Aganga’s shady deal with vaswani brothers is on parade.

Like a strawberry wife, that lays two or three great strawberries at the mouth of her pot, while the rest in the pot are diseased and tiny ones, Minister of Industry, Trade and Investment, Olusegun Aganga, may have initiated the idea of assembling vehicles to the Vaswani brothers and other foreign auto companies, which they used to their advantage, The Capital authoritatively reveal. Aganga, in a desperate yet successful ploy has been able to hoodwink the federal government and the citizenry into believing that a dawn of automotive and industrial bliss has berthed in the country courtesy the much hyped made in Nigeria vehicles campaign.

The National Automotive Policy (NAP) which was conceived with the intention of reducing Nigeria’s dependence on importation of new and used vehicle may have run into troubled waters as KIA, Nissan and the Vaswani brothers, owner of Stallion Motors, the economic giant contracted with the project, are yet to show any evidence that the touted vehicles are being assembled in Nigeria.

Stallion Motors’ much hyped and widely celebrated claim of assembling new vehicles in the country has been discovered to be untrue. It was revealed that the components of the vehicles are actually imported and assembled in the country and such cannot be referred to as made-in-Nigeria. The Capital findings revealed that Aganga is the mastermind behind the farce in order to reduce tax obligations on owners of Stallion Motors, KIA, Nissan and other auto companies Nigeria. While indigenous investors pay 70 per cent duty to import vehicles into the country, the foreigners pay five per cent duty.

Sensing an easy way to subvert due process and make profit, Aganga allegedly introduced the idea of assembling vehicles to them, which they used to their advantage. Further findings revealed that, the policy had been leaked to the Stallion Group before getting to other investors; this has generated serious concerns amongst other investors and rivals of the Vaswani brothers who believe that Aganga deliberately subverted due process in order to benefit largely from the Vaswani brothers.

Not a few investors and industry pundits have cited Aganga’s massive mansion in Banana Island, Ikoyi, Lagos as evidence of his proceeds from the shady automotive deal he currently runs with the auto companies. To perfect his plan, Aganga reportedly informed staff in his ministry to avoid patronizing indigenous automobile dealers.

For several years, the dream of having truly made-in-Nigeria vehicles had remained a pipe-dream; a fantasy that was unrealizable owing to sundry obstacles including lack of government support to indigenous businessmen and investors and outright sabotage. In 2003, a National Automotive Policy (NAP) was developed to help the automobile industry assemble vehicles locally and thus discourage importation of fully built vehicles. But this plan was already compromised before it got to the local investors as it was monopolized in favour of foreign auto dealers, especially Vaswani brothers of Stallion Group, whose integrity in the Nigerian economic circuit has been questioned severally.

The brothers who had been deported on several occasions from Nigeria decided to put their troubles behind them and remain committed to their business interests in Nigeria, which includes the assemblage of trucks and buses at the Volkswagen of Nigeria plant in Ojo, Lagos. They acquired this facility from the federal government few years ago under the nation’s privatisation programme.

Pleading anonymity, a source close to Aganga noted that, “If an indigenous manufacturer like Innoson Motors could boldly invite the society to inspect its Nnewi plant, what is stopping an international brand like Stallion Motors from opening its doors for the society and the regulatory bodies to inspect?” The source requested that the federal government institute an inquest into the workings of the foreign auto companies’ made-in-Nigeria cars project. It’s a grand racket and fraud perpetrated against the Nigerian state by the minister of industry and his cohorts, the Vaswani brothers, claimed the source
Posted by MAN ABOUT TOWN at 8:07 AM