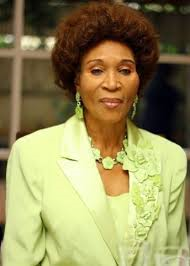 Tidewater is an international oil service maritime company that has worked in Nigeria for more than 40 years. Approximately 10 years ago it began a relationship with Phoenix Oceanlines Nigeria Limited, a business owned by Otunba Bola Kuforiji-Olubi to form a company called Phoenixtide Offshore Nigeria Limited (Phoenixtide). Phoenixtide was also owned by Otunba Kuforiji-Olubi and her family. By the terms of the non-exclusive agreement, Phoenixtide was expected to provide some local support services while Tidewater provided the most costly elements including, technical services, the vessels and access to International Oil Companies (IOCs). Key aspects of the agreement included a marketing commission payable to Phoenixtide on all transactions carried out by the collaboration whilst all payments due from the services rendered were to be made to Tidewater, after which the commission due to Phoenixtide would be paid. The parties also agreed that any disputes that might arise between them would be submitted to the High Court in England for determination under English Law. Both Otunba Kuforiji-Olubi and her son Olutokunbo Kuforiji (the Managing Director of Phoenixtide) are British citizens, and the Kuforiji’s have residences in London.

Between 2008 and 2012, there were attempts to restructure the relationship in an effort to make it more mutually beneficial and in line with Nigerian extant laws. However, these efforts were unsuccessful as Phoenixtide insisted on getting more from the deal. This ultimately ended up in a severed business relationship between Tidewater and Phoenixtide in the fall of 2012. However during the period leading to the breakdown in the business relationship, Tidewater continued to provide full operational services to all of Phoenixtide’s clients for which it expected full remuneration in accordance with the terms of the agreements between the parties with a concurrent responsibility to disburse the agreed marketing fee to Phoenixtide. A particular IOC from whom payment had become due then requested a letter from Phoenixtide being the operator of the service contract, authorizing payment to Tidewater in line with the agreements. Phoenixtide, contrary to the terms of its contracts with Tidewater refused to provide the letter, and even further implied that the outstanding sum of circa USD$19 million be paid to it directly.

Despite entreaties, Phoenixtide refused to provide the required letter authorizing the release of the outstanding sum of circa $19 million from the IOC. Rather, Phoenixtide then demanded a disengagement package valued at between USD$80 and $100m from Tidewater as a precondition to issuing the letter and facilitating release of the funds held by the IOC. Tidewater responded to this by filing a suit for breach of contract in a London High Court in line with the agreements between the parties and sought orders compelling Phoenixtide to issue the letter required, amongst other things. Phoenixtide appeared in the matter before the High Court in London and sought to convince the English Court that it was not the appropriate place for the hearing of the dispute despite its formal agreement that any dispute between the parties would be resolved before that court. This attempt failed and the High Court in London assumed jurisdiction in the matter.

Subsequent to Tidewater commencing suit before the High Court in London and while the action was still pending, the transacting IOC commenced proceedings against Tidewater and Phoenixtide before the Federal High Court in Nigeria seeking an order of the court determining who as between Tidewater and Phoenixtide was entitled to the outstanding payments due from it. The Federal High Court declined to make this determination but acceded to the IOC’s alternative request that it be permitted to pay the funds into court pending this determination. With these two actions pending, Phoenixtide also filed yet another suit in the Federal High Court in Lagos against Tidewater and the transacting IOC, seeking an order that it was entitled to receive the payments due from the IOC.
Once Phoenixtide failed in its attempt to dissuade the High Court in England from assuming jurisdiction in the case, it stopped participating in the matter and refused to respond to all further processes issued by the court. After giving Phoenixtide due notice and opportunity to be heard, the High Court in London entered judgment against Phoenixtide clearly mandating its Managing Director, Olutokunbo Kuforiji or any other official to issue the letter requested by the transacting IOC to enable it make payment of the outstanding due to Tidewater. 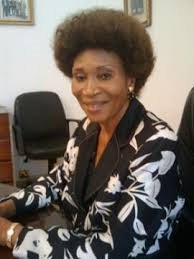 Because the High Court in London was made aware that the transacting IOC had obtained an order from the Federal High Court in Lagos directing that the funds due from it be paid into court, the letter Phoenixtide was directed to write made it clear that the IOC would need to obtain leave of the Federal High Court in Nigeria before making the payment to be authorized by Phoenixtide.
Despite this safeguard and the clear directives issued by the High Court in London, Otunba Kuforiji-Olubi and her son, Olutokunbo Kuforiji both refused to comply with the court’s orders and proceedings for contempt of court were commenced against both of them. Neither Otunba Kuforiji-Olubi nor Olutokunbo were present for the initial hearing for their contempt, however through their lawyers they claimed to have been unaware of the action until recently, and were apologetic and asked for more time to respond. The judge allowed them more time but also required that they pay the unpaid and outstanding legal costs orders which they also owed from the previous litigation. Otunba Kuforiji-Olubi and Olutokunbo then took every step they could to postpone and delay and/or prevent the next hearing and did not pay the costs.

Approximately one month later, information reached the authorities that Otunba Kuforiji-Olubi was in the United Kingdom. They visited her home in London and found her there but she was not arrested based on her claim to be quite ill. The Judge then held a hearing to determine her ability to stand trial before him. Otunba Kuforiji-Olubi had through statements made by her lawyers to the court, claimed she was essentially bed-ridden, used a wheelchair, and could only leave her residence for doctors’ appointments. However contrary to this claim, she had been spotted shopping and walking in London on the same day of this hearing. Further evidence and admission from her lawyers showed that she was actually in the United Kingdom during the earlier court hearings contrary to her claim of being sick and bedridden in Lagos. In effect the court had been deliberately mislead.

With this, the Court ordered her immediate arrest and appearance in person. During the hearing, the judge invited her to simply comply with the court order and issue the letter. In response, she claimed to no longer have the power to do such as she had since resigned her Chairmanship of the board of Phoenixtide and distributed her shares to members of her family. In essence, Otunba Kuforiji-Olubi had the keys to her own cell, but decided to throw them away. Despite all the foregoing, the judge still wanted to avoid having to send Otunba Kuforiji-Olubi to prison, and he asked if Olutokunbo would sign the letter and if she would ask him to. The judge gave some time for this to happen but unfortunately she returned stating that Olutokunbo had indicated that he would not, and Otunba Kuforiji-Olubi gave no indication that she objected to Olutokunbo’s decision.


Despite the exhaustive patience demonstrated by the judge up till this point, the court had no other option than to commit Otunba Ayora Bola Kuforiji-Olubi to jail to serve her sentence. However the court still left the door open for Olutokunbo to resolve this issue by issuing the letter directed by the court, but as of the date of this writing, he has not taken any steps to comply with the court’s order and secure his mother’s release from prison and remains a fugitive from the law as far as the United
Kingdom is concerned.
Posted by MAN ABOUT TOWN at 4:28 AM