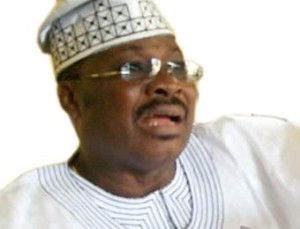 The Lagos State Government has given details of the death of the former Governor of Oyo State, Abiola Ajimobi, who died on
Thursday.

Abayomi explained the multiple organ failure was caused by complications from COVID-19 earlier contracted by the immediate past Oyo governor.

The PUNCH had reported that Ajimobi later tested negative for COVID-19 but the illness had caused his health to deteriorate.

He was reported to have been on a life support before giving up the ghost on Thursday at age 70.

The former governor was hospitalised at First Cardiologist and Cardiovascular Consultants Hospital, Lagos on June 2, 2020.

The commissioner tweeted, “We regret the death of immediate past Governor of Oyo State, Senator Abiola Ajimobi who passed on today, June 25, 2020 at First Cardiologist Consultant; a private COVID-19 approved care facility in Lagos State.

Abayomi also commiserated with the family of the former Deputy National Chairman (South) of the All Progressives Congress.

“On behalf of COVID-19 Lagos Incident Commander, Babajide Sanwo-Oluand the entire #COVID19Lagos response team, we convey our heartfelt condolences to the family of the former Governor and the people of Oyo state,” he added.